Fresh Ramen Noodles and Veggies for One 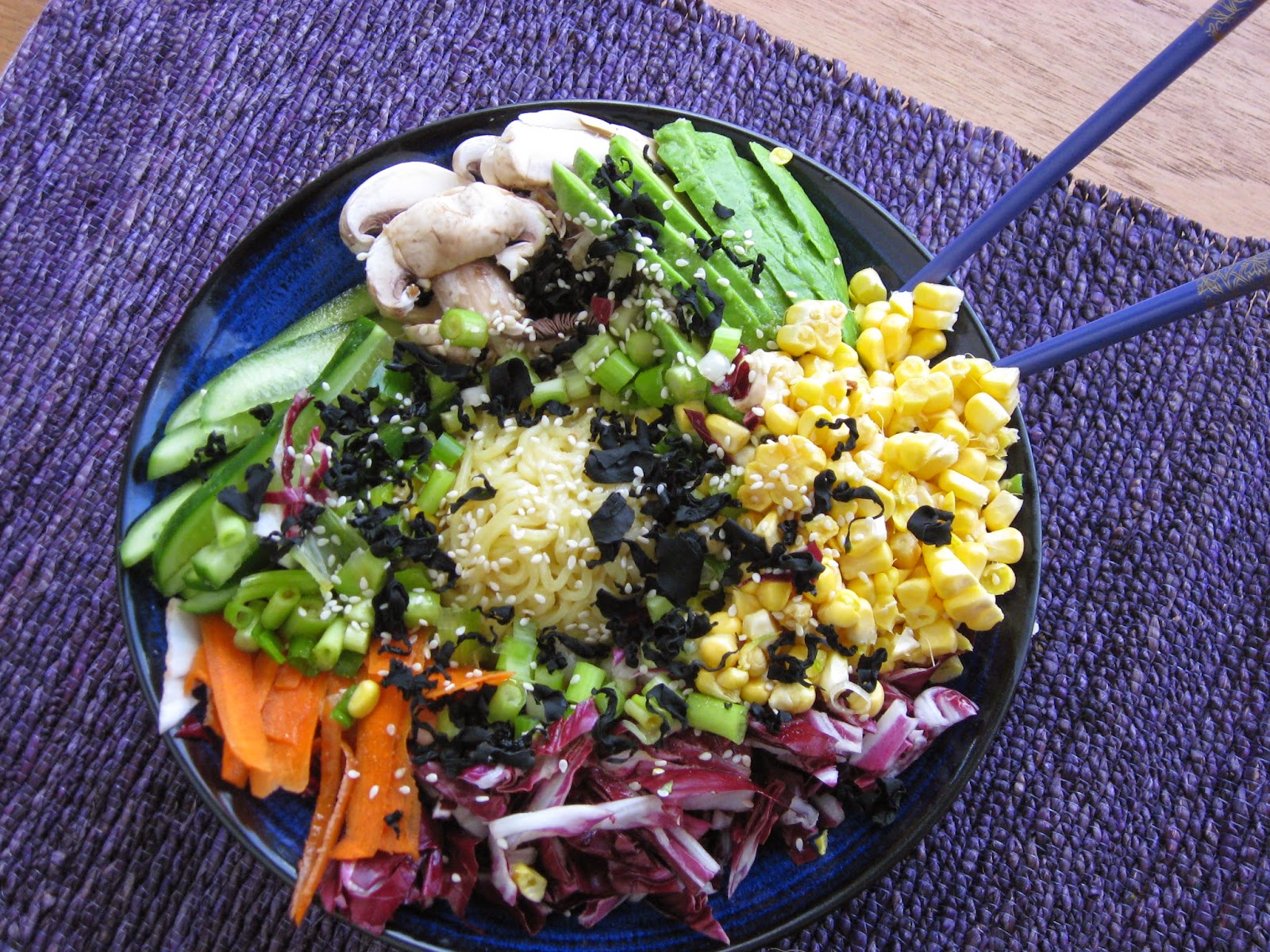 My neighbor was moving and couldn’t use her regularly scheduled box of veggie goodness, and she was nice enough to give it to me. It was fun, like a puzzle, to figure out what could be made from this box of random things. Here’s what I came up with. You tell me how I did! 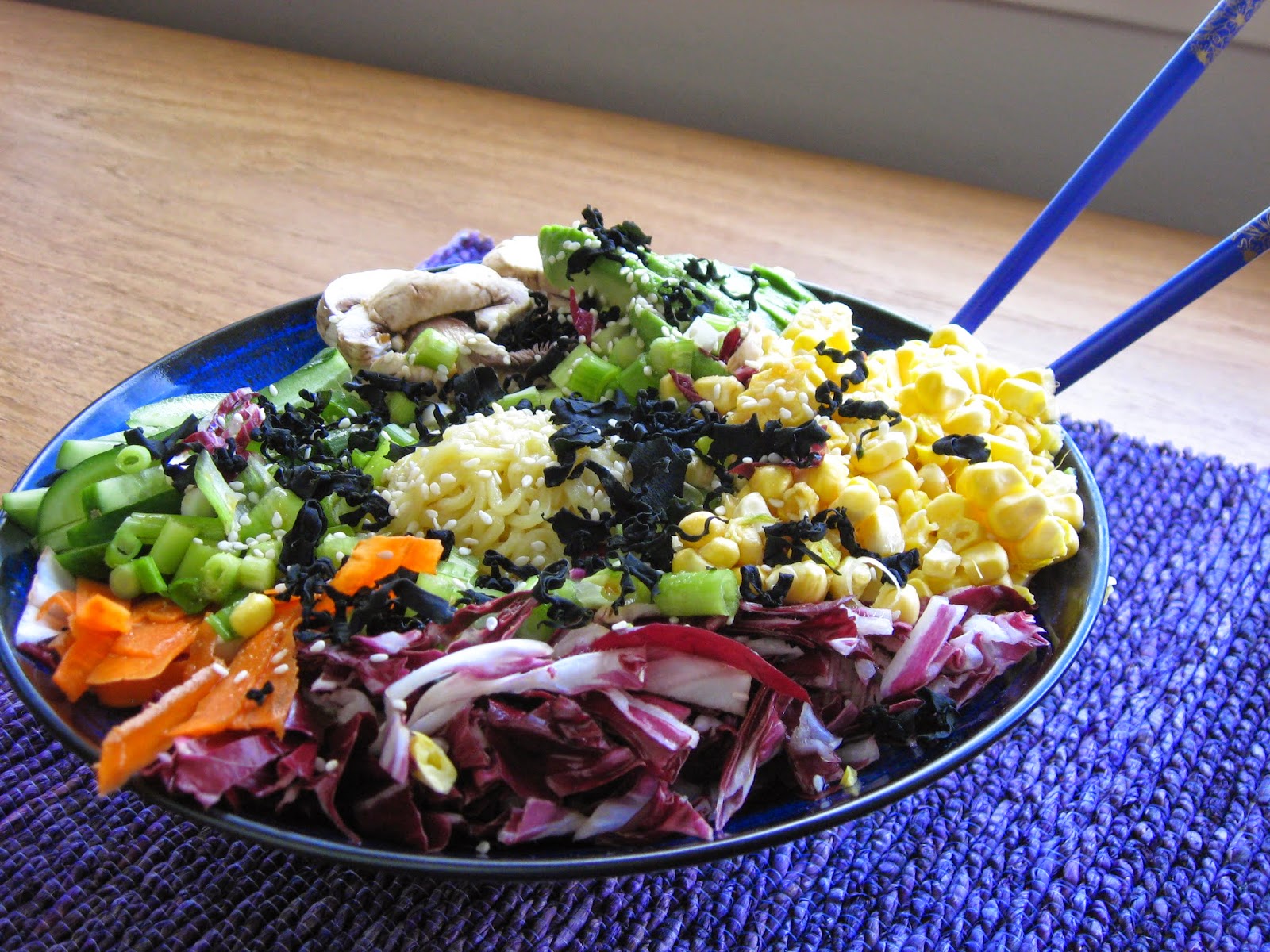 This made one HUGE salad, but I did manage to eat it all. Yummy! 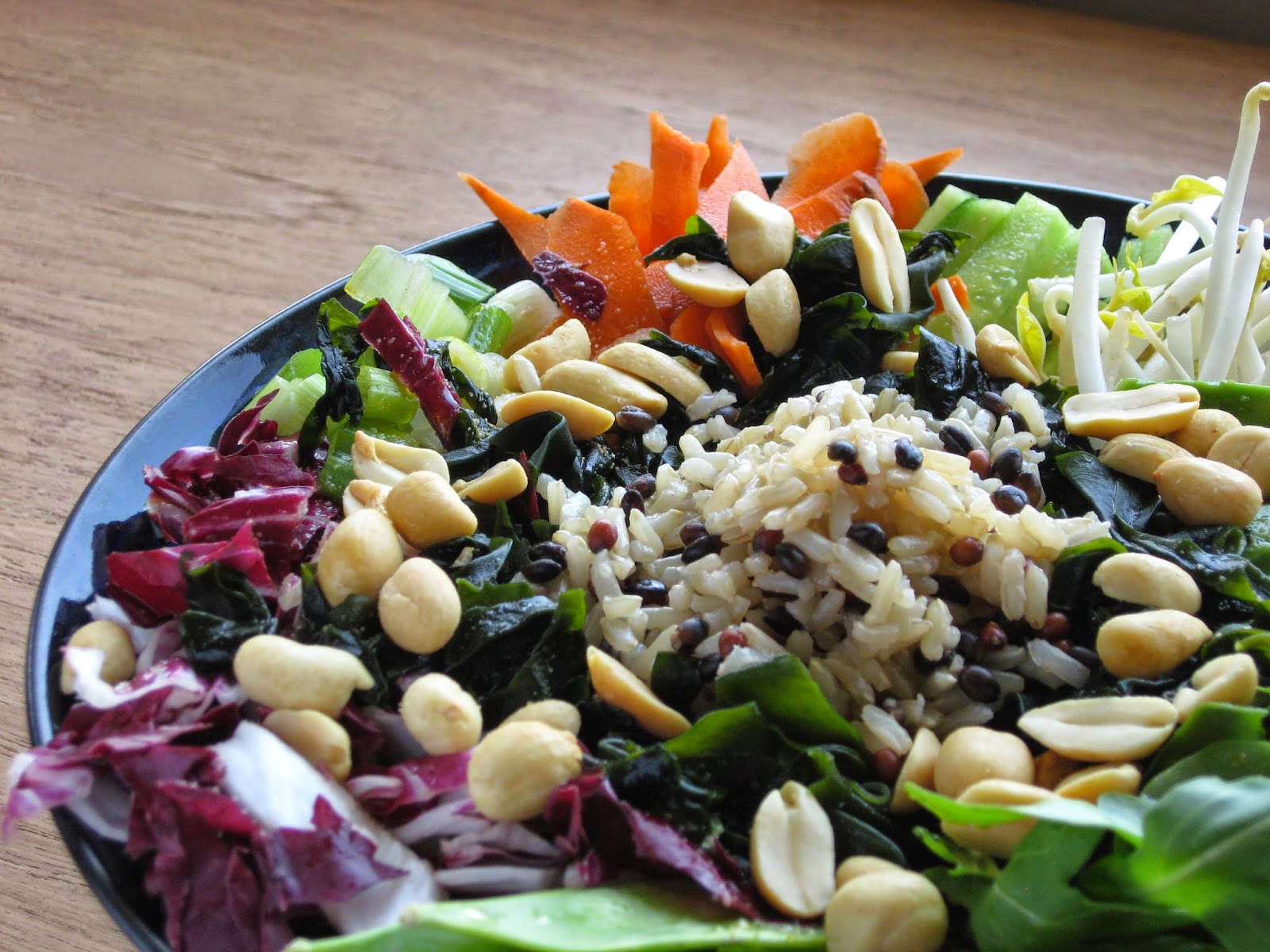 Variation: Try it with rice, too. I used Trader Joe’s Rice Medley, which has mustard seed and wild rice mixed into brown rice. Yummy! 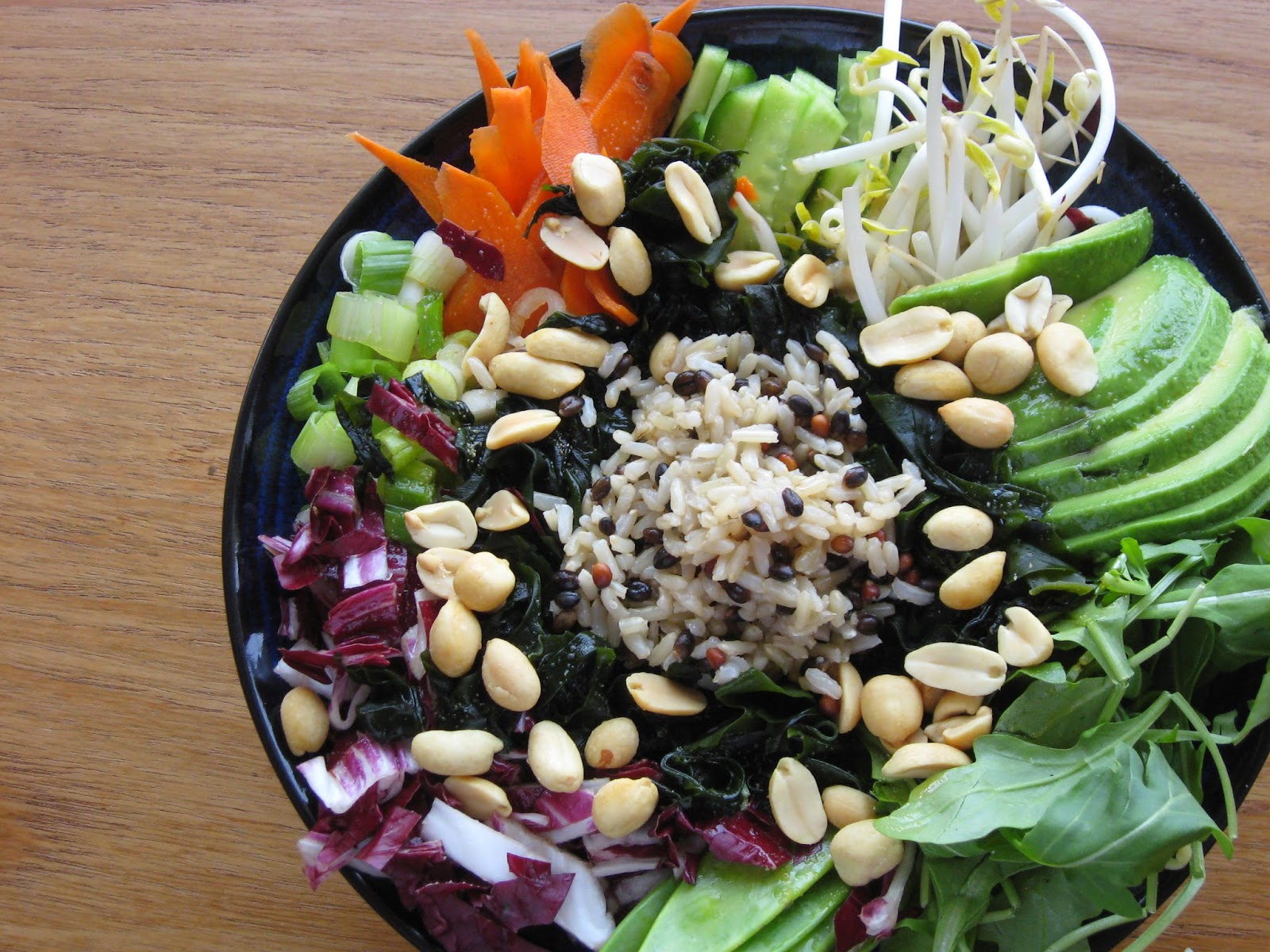 Posted by Melanie Spiller at 8:12 AM No comments: Links to this post 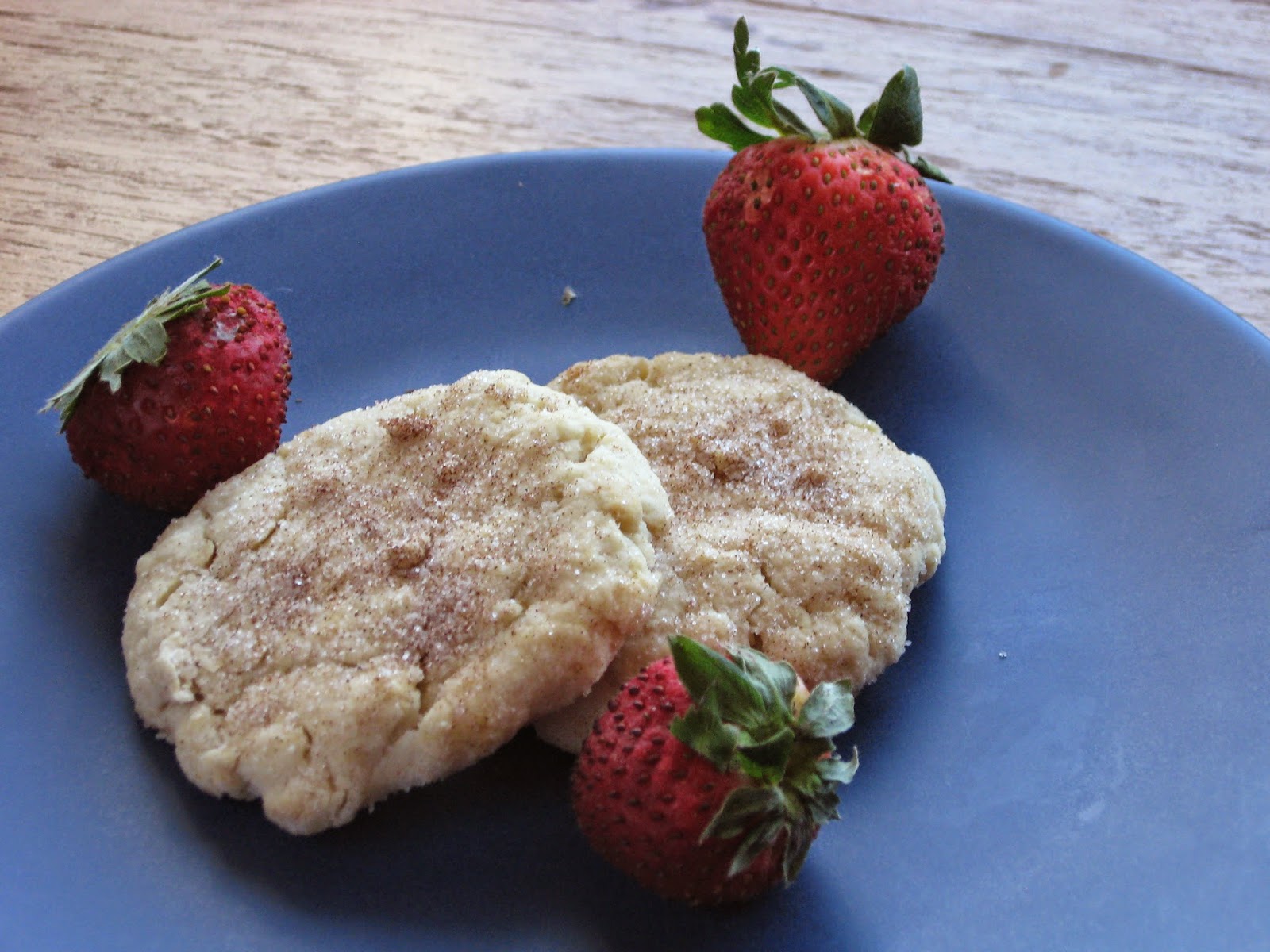 This luscious little cake-y slice of heaven is light and fluffy and everything you want with your afternoon cuppa. It’s so quick to throw together that you might want to get the other tea things made first.

Cookie Dough
3 TBLSP all-purpose flour
½ teaspoon cornstarch
Pinch of baking powder
Pinch of cream of tartar
Pinch of salt
½ TBLSP vegan margarine, softened
½ TBLSP sugar
1/2 TBLSP almond milk
A dash of vanilla extract
Cinnamon Sugar
1 teaspoon granulated sugar
2 shakes of ground cinnamon
Preheat oven to 350 degrees Fahrenheit. Cover a cookie sheet with parchment paper. Well, just a little bit, enough for two cookies.
Make the Cookie Dough:
1.    In a small bowl, combine the flour, cornstarch, baking soda, cream of tartar, and salt.
2.    In another small bowl, shmush the butter until it’s soft. Cream in the butter and keep shmushing until it’s a little fluffy. Add in the almond milk and vanilla and keep shmushing until it’s amalgamated. In such a small quantity, it won’t completely combine. That’s okay. If you’re REALLY serious, you can use a whisk, but why dirty another tool?
3.    Add the flour mixture to the butter mixture and combine until it’s smooth.
4.    Shape the dough into two 1-inch balls and flatten them into 2-inch disks.
Make the Cinnamon Sugar:
Combine the sugar and cinnamon in a little bowl. I use the same little bowl I mix wasabi and soy sauce together for dipping sushi. Itty bitty. Or, you could wipe out the bowl you mixed the flour in and use that.
Assemble the Cookies:
1.    Roll each dough ball in the cinnamon sugar and place 1 ½ inches apart on the baking sheet.
2.    Bake for 10-12 minutes, until they look dry on their tops and are lightly browned on the bottom.


3.    Let them cool on the cookie sheet or they will crumble. 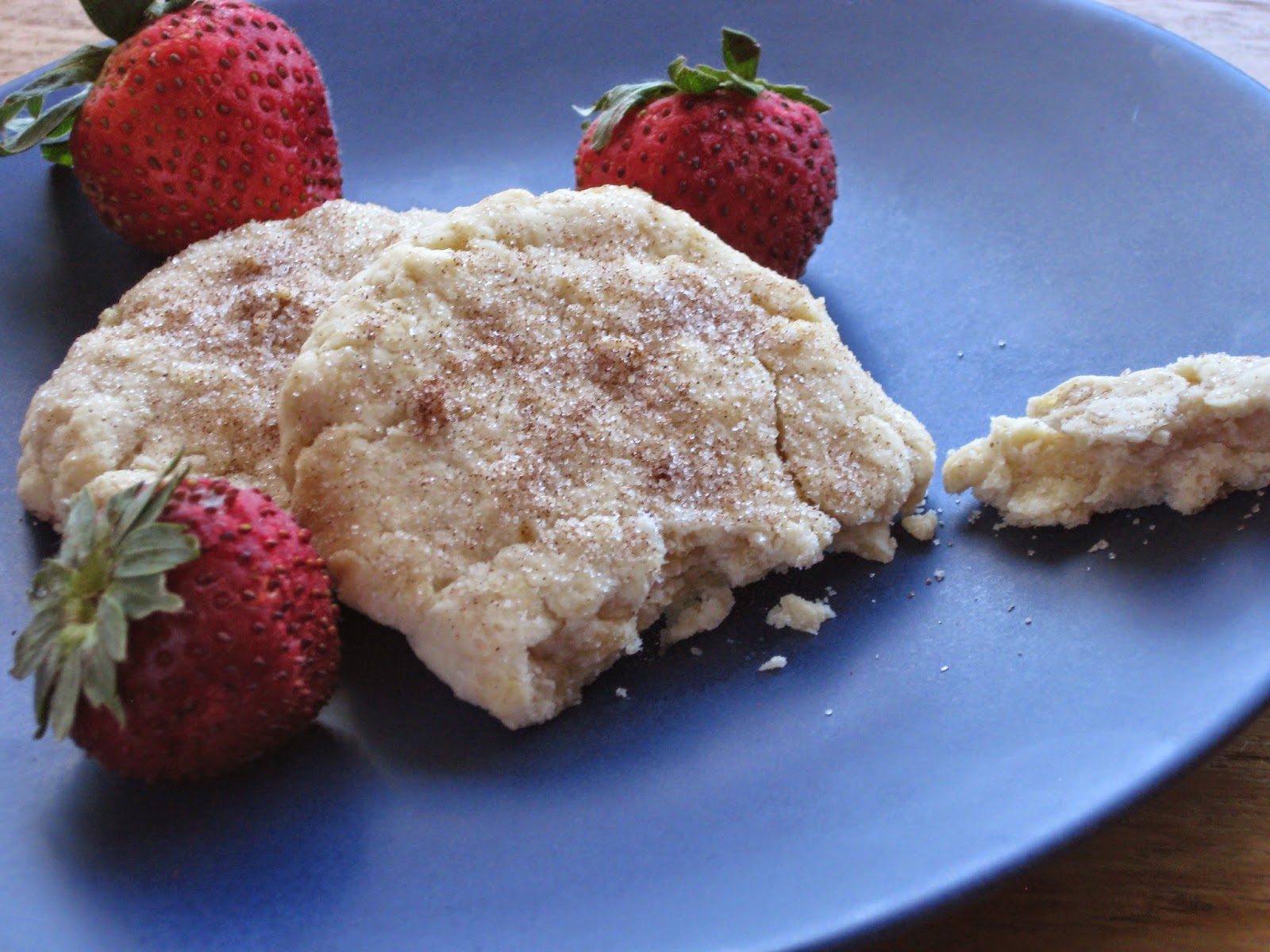 Posted by Melanie Spiller at 8:24 AM No comments: Links to this post 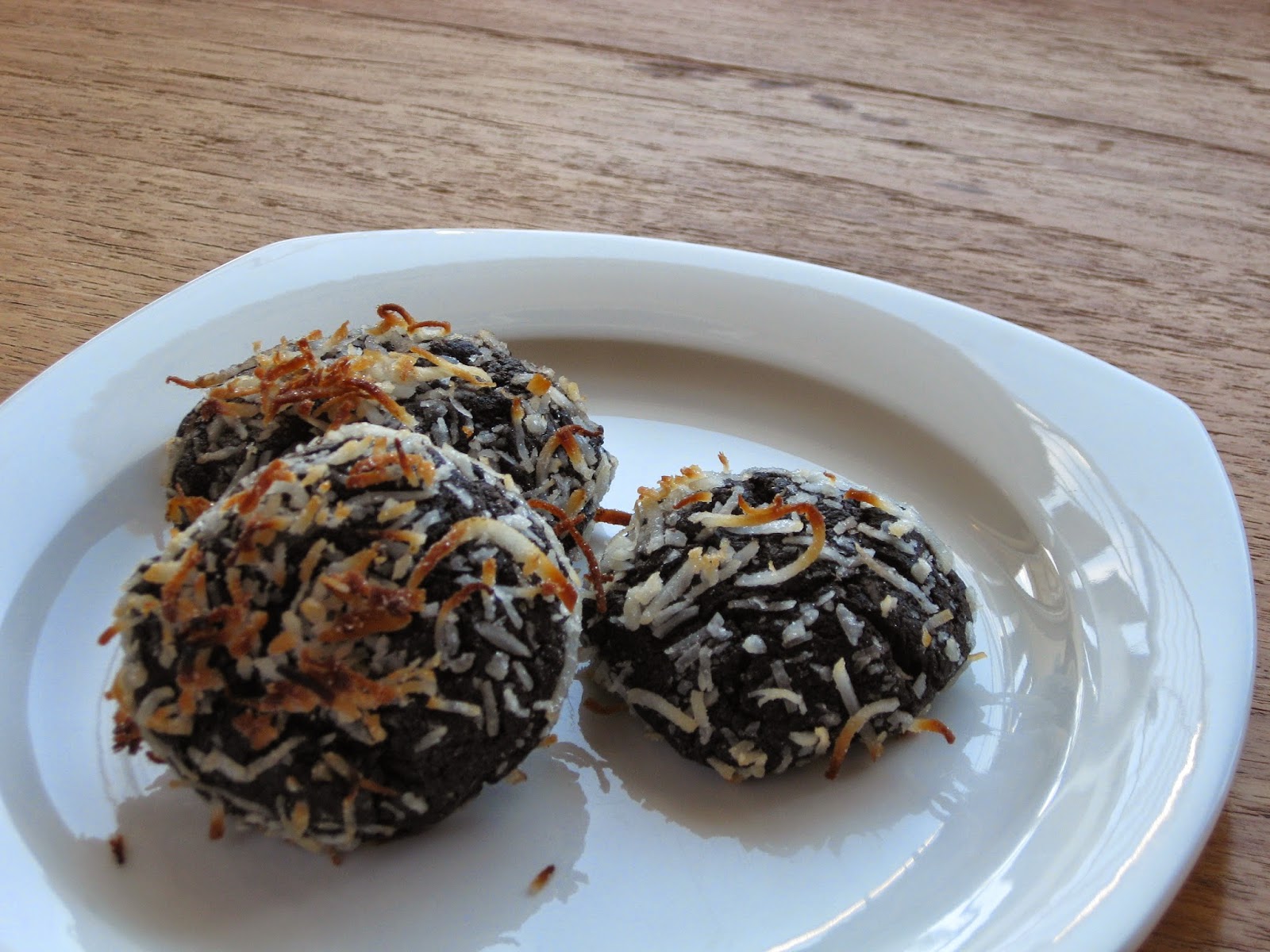 Some flavors were meant to go together, and coconut goes with chocolate better than just about anything else! This simple little cookie is so rich that you’ll have to give the second one to me.

Preheat the oven to 350 degrees. Line a cookie sheet with parchment paper. Put the coconut flakes in a small bowl. 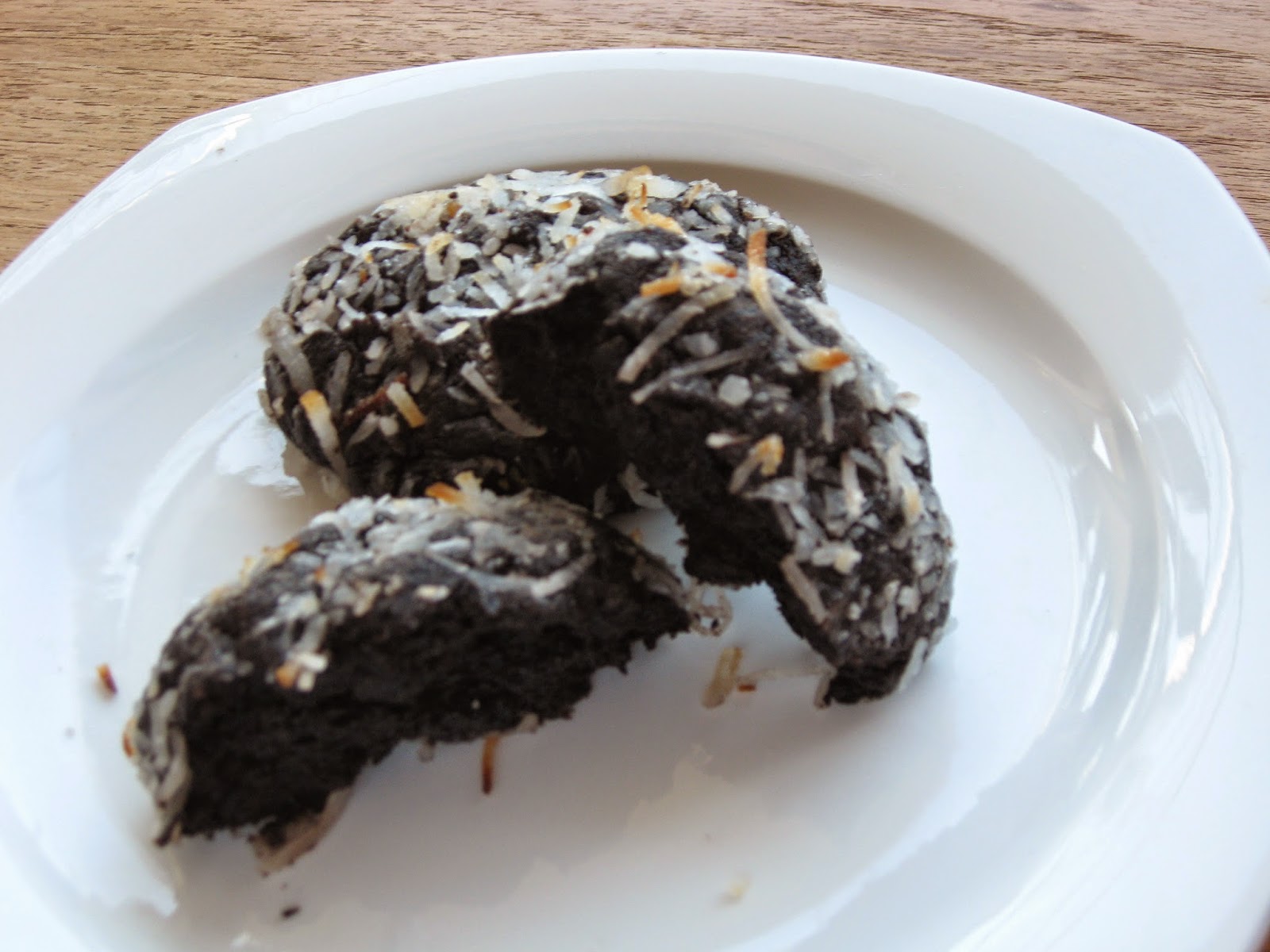 Posted by Melanie Spiller at 7:38 AM No comments: Links to this post 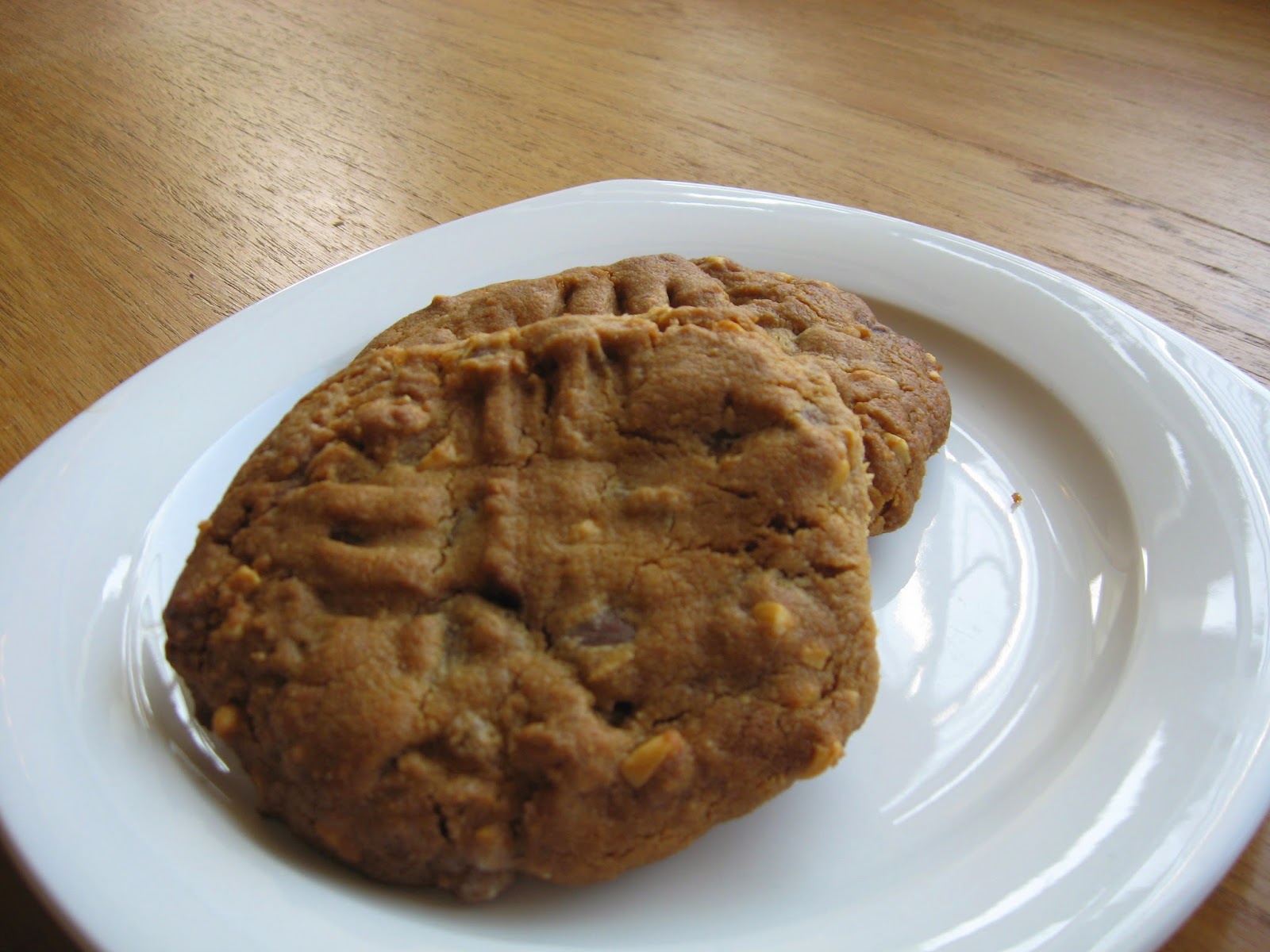 My mom made a LOT of cookies growing up, especially around the holidays. But peanut butter was not one of her flavors, so my childhood memories of peanut butter cookies come from the neighbor kid’s mom. (Hi, Spike Jones!) They were this wonderful cakey disk with a cross-hatch on the top. So this one’s for you, Mrs. Jones! (That really was her name.)

Preheat oven to 350 degrees and line a baking sheet with parchment paper.
1.      In a microwave-safe bowl, heat butter just until it starts to melt (30 seconds or less). Blend melted butter, sugar, salt, and vanilla together. Stir in peanut butter. Add baking soda and flour, and stir until combined. If it needs more moisture (which is unlikely), add soy or almond milk in tiny splashes. Add in any optional items to the finished dough,
2.      Form the cookie dough into two balls and place on the lined baking sheet. The cookies will spread during baking, so make sure they are several inches apart. The dough will be very soft. Sprinkle a few peanuts on top of the raw cookies and pat them in a little, if you want, or use a fork to make traditional cross-hatching.
3.      Bake for about 10-15 minutes, or until the edges start to turn golden brown. (My oven took about 14 minutes.)
4.      Remove baking sheet from oven and let cookies cool on cookie sheet. They will be very soft and crumbly until they’re cool. Then they’re light and fluffy. 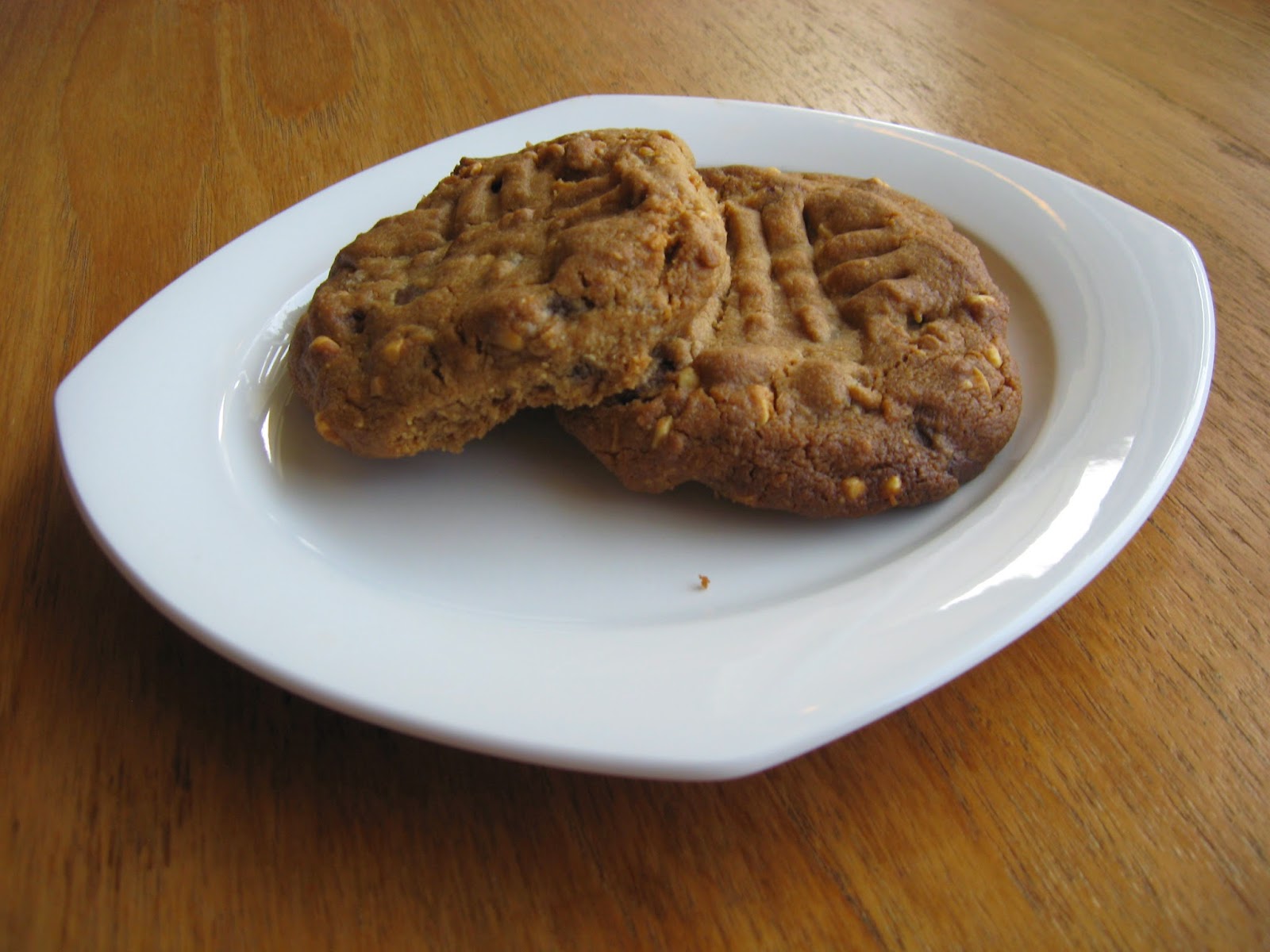 Posted by Melanie Spiller at 8:19 AM No comments: Links to this post 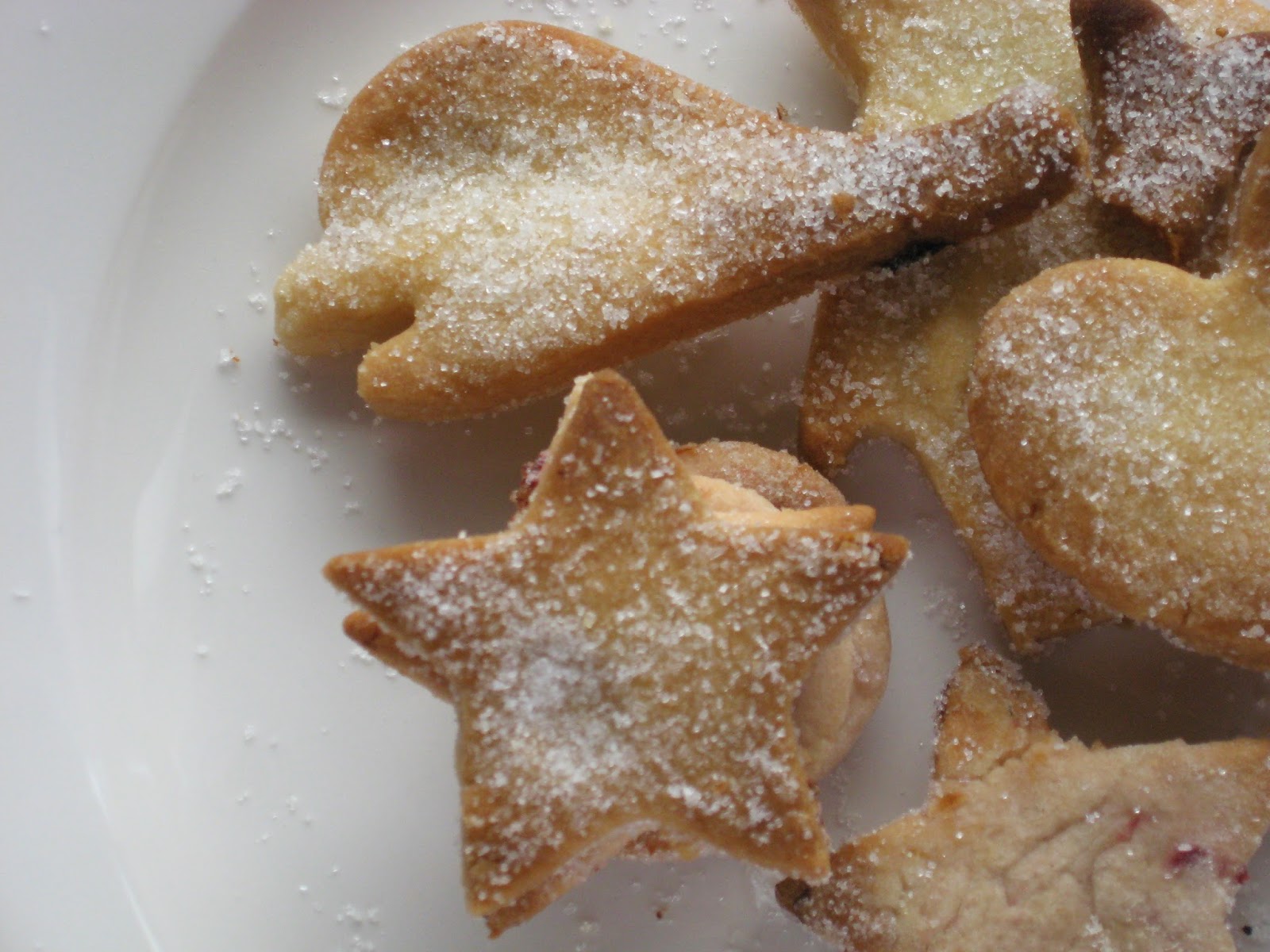 Sometimes, you just want something simple: a cookie in its essence. No fancy chocolate, no nuts, just a cookie. That’s what this cookie offers. Unless you add cardamom or cloves…or strawberries!

Preheat the oven to 350 degrees Fahrenheit. Cover a cookie sheet with parchment paper. 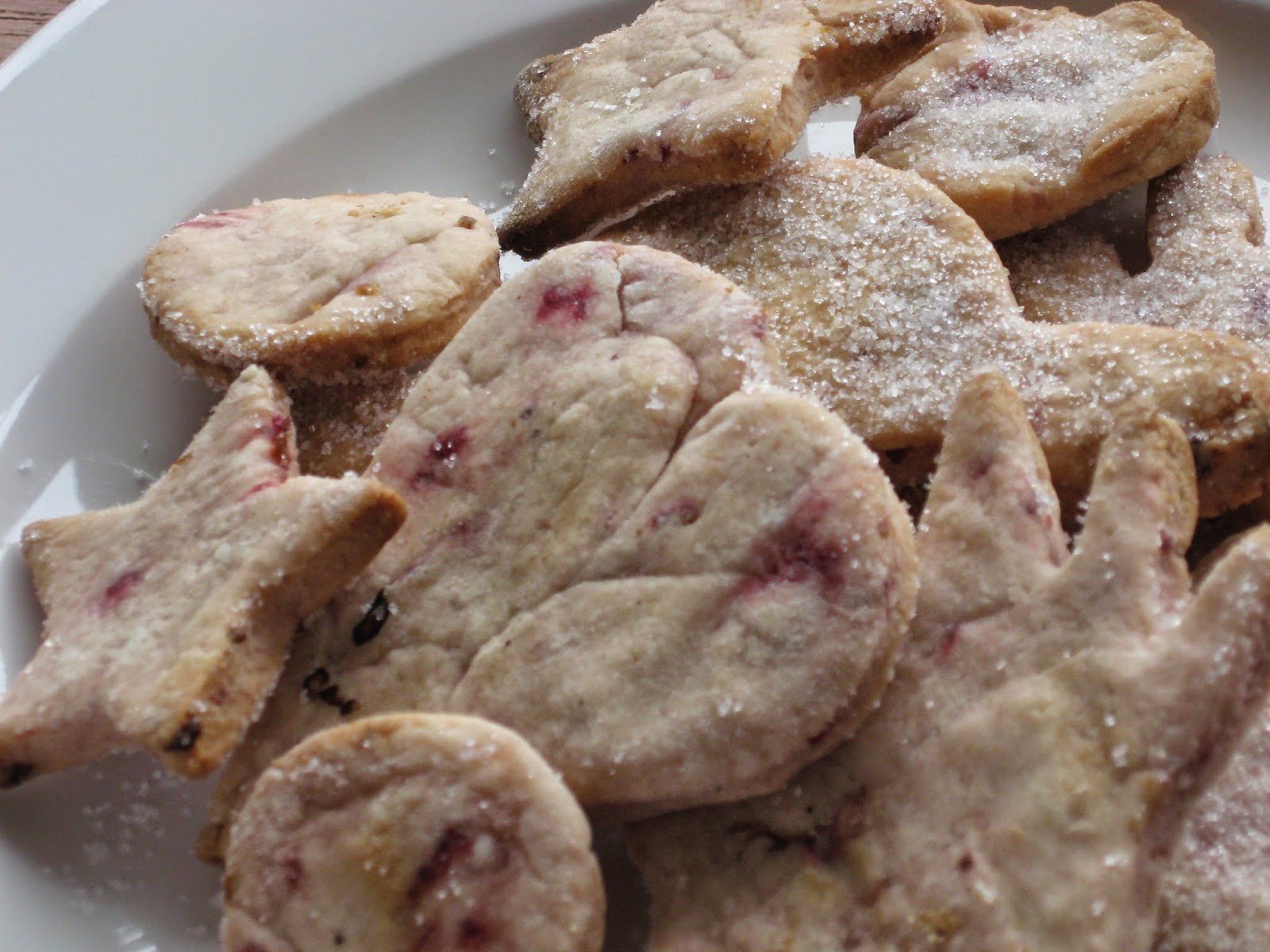 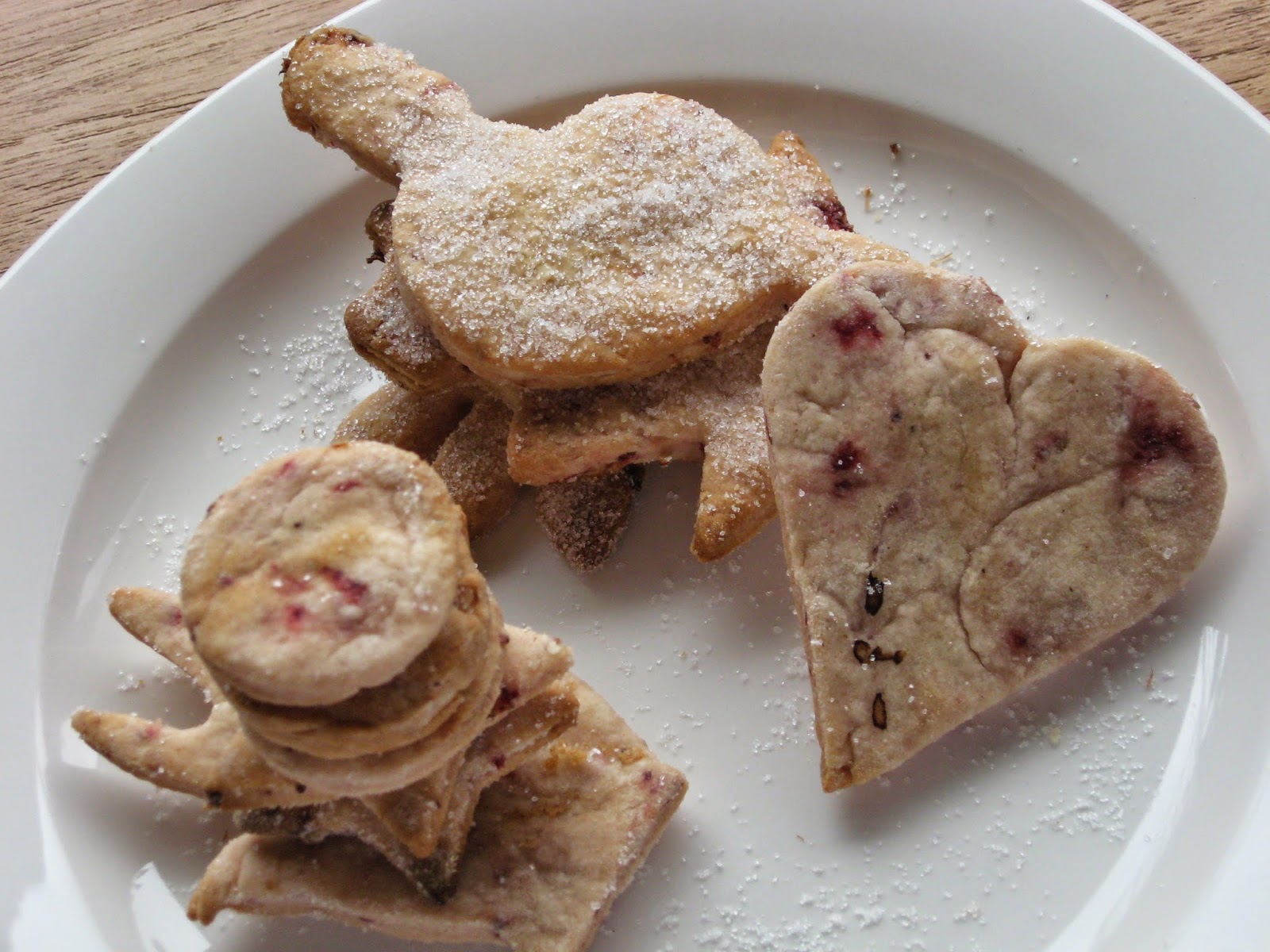 Posted by Melanie Spiller at 8:10 AM No comments: Links to this post 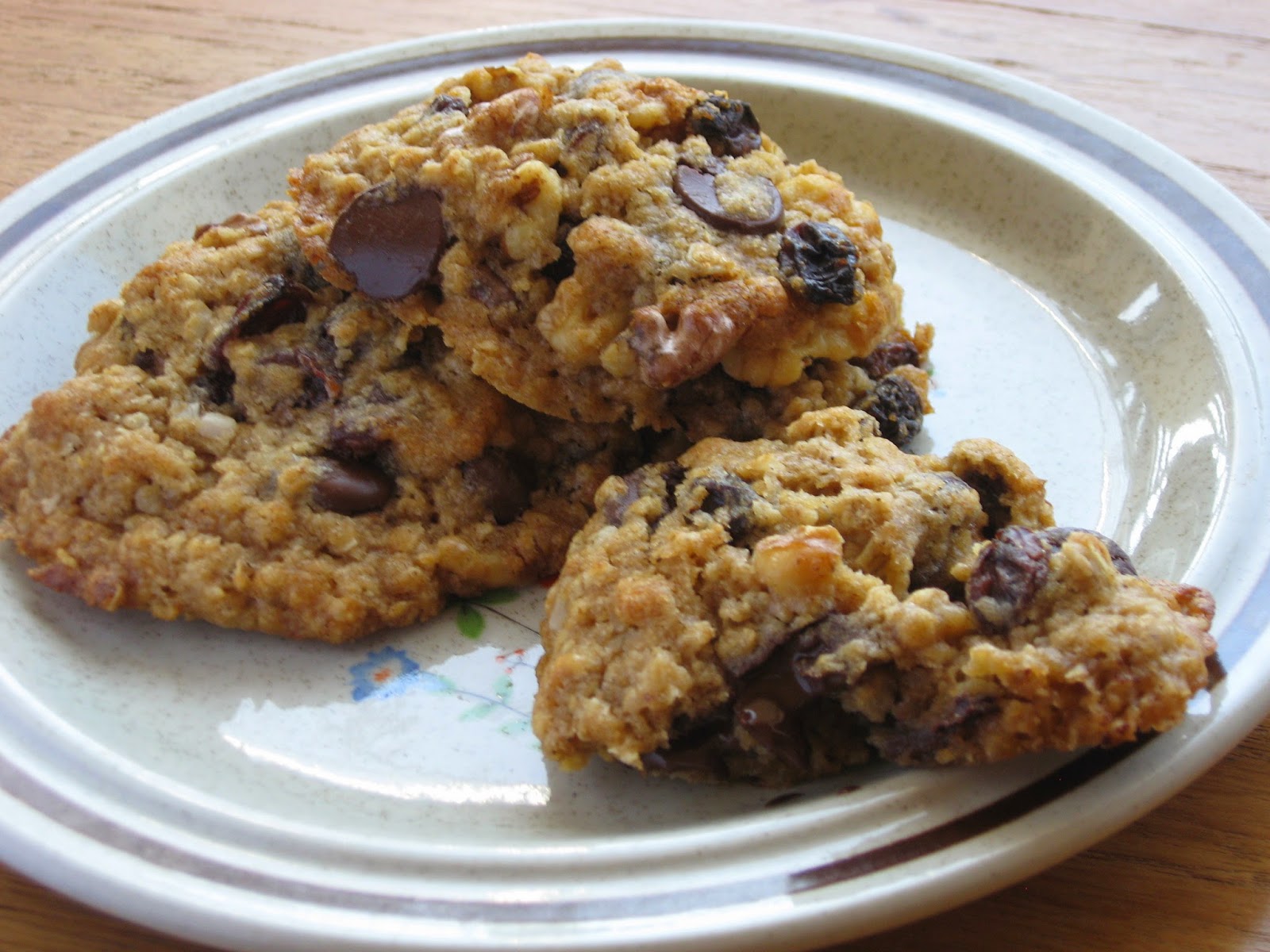 There’s nothing quite so comforting as a nice oatmeal raisin cookie. I’ve heard them called ranger cookies and cowboy cookies and even breakfast cookies; it doesn’t really matter what you call them; they’re filling and sweet disks of happiness. With raisins.

Preheat the oven to 350 degrees. Place a piece of parchment paper on a baking sheet or grease the baking sheet well. 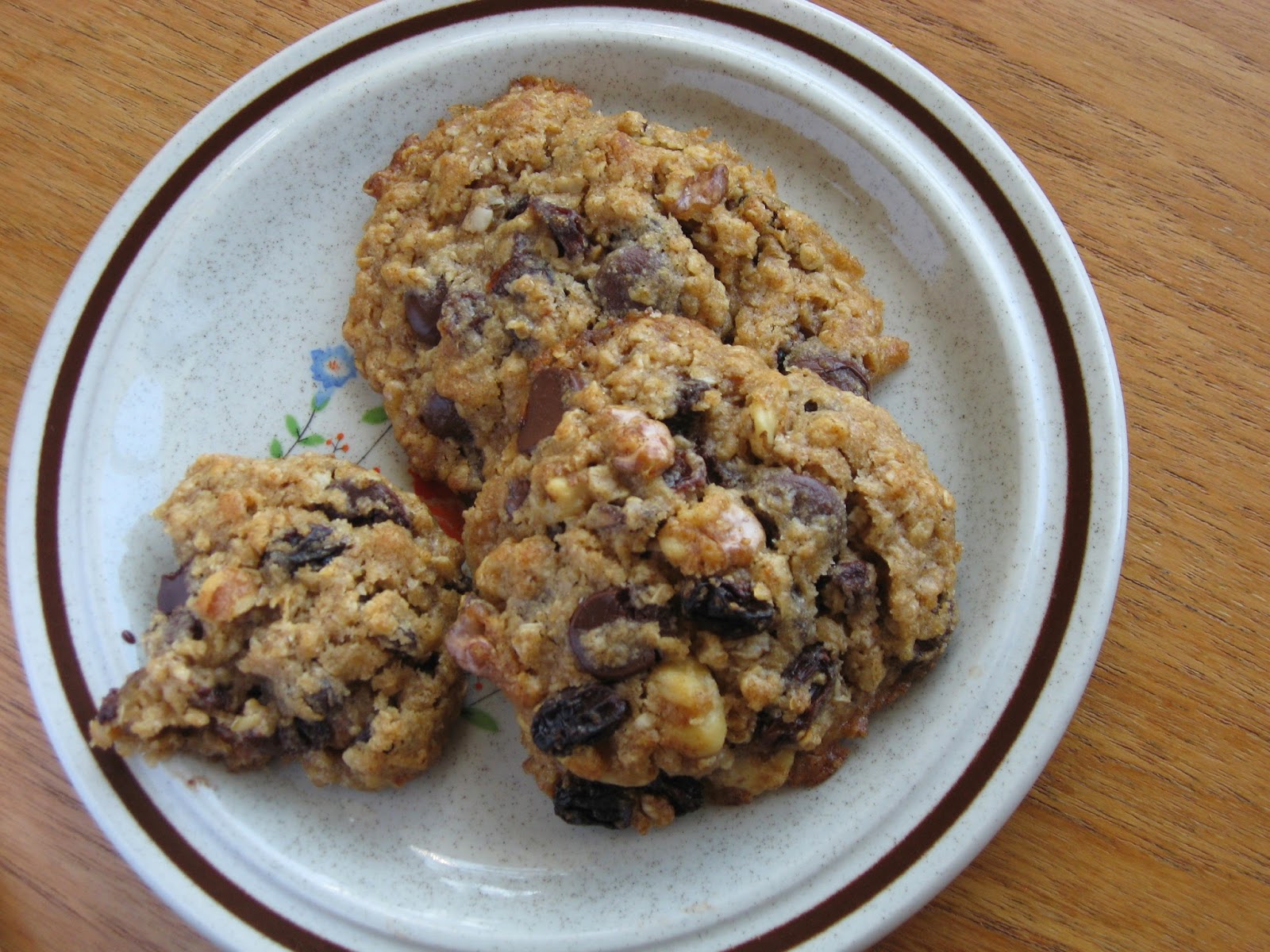 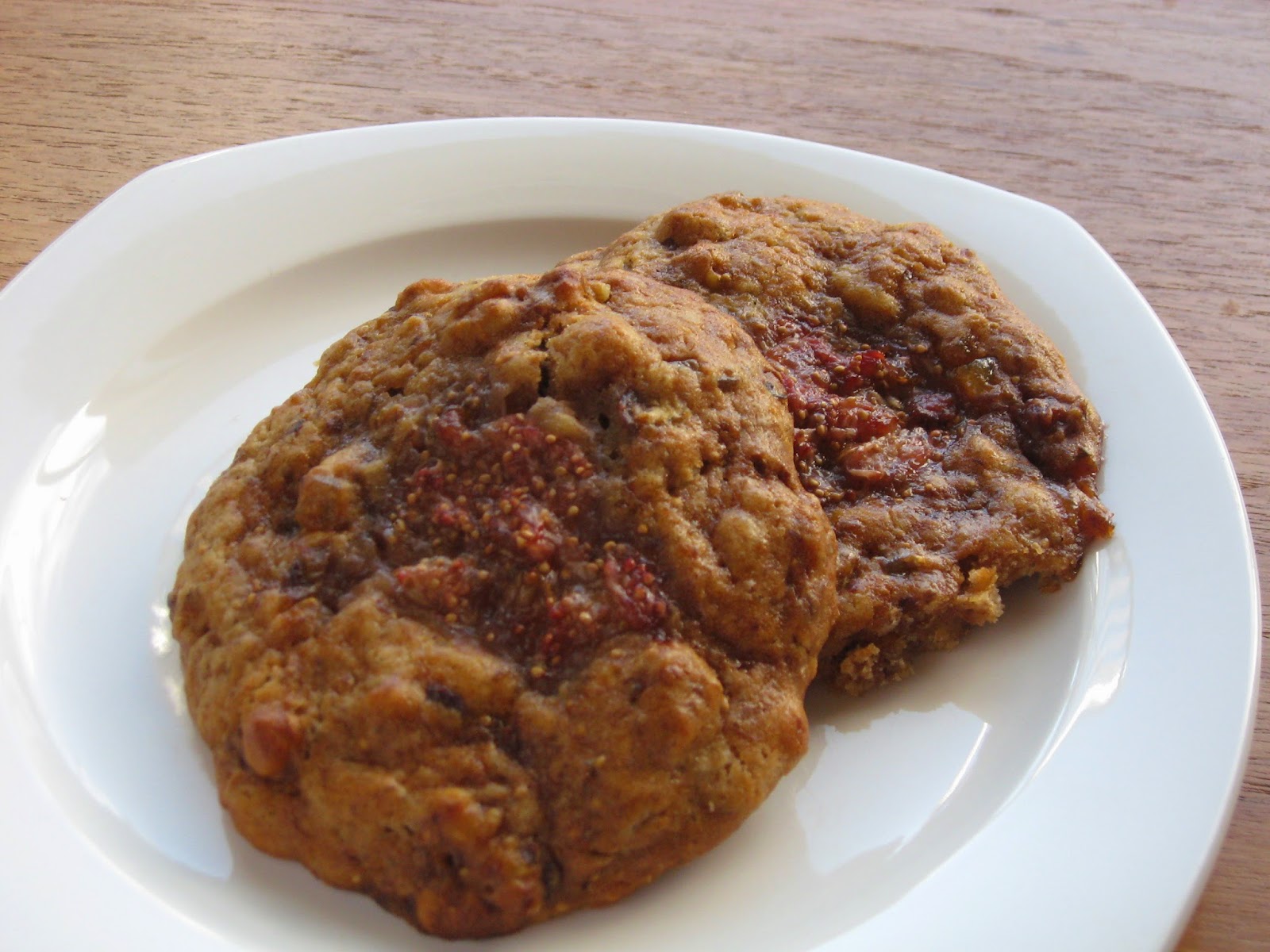 Figs make everything better, don’t you agree? And their season is so short, you really have to use figs every day to get the best mileage out of them. Too much for you? That’s okay. Bring me your extras. I’ll eat ‘em.

If you’re looking for something new to do with figs, try these cake-like cookies with a dollop of fresh fig on the top.

Preheat the oven the 375 degrees F. Grease a small baking sheet or cover it with parchment paper.

Variation: Add in chopped crystalized ginger with the walnuts for an extra punch. Perhaps a teaspoon’s worth, chopped tiny. 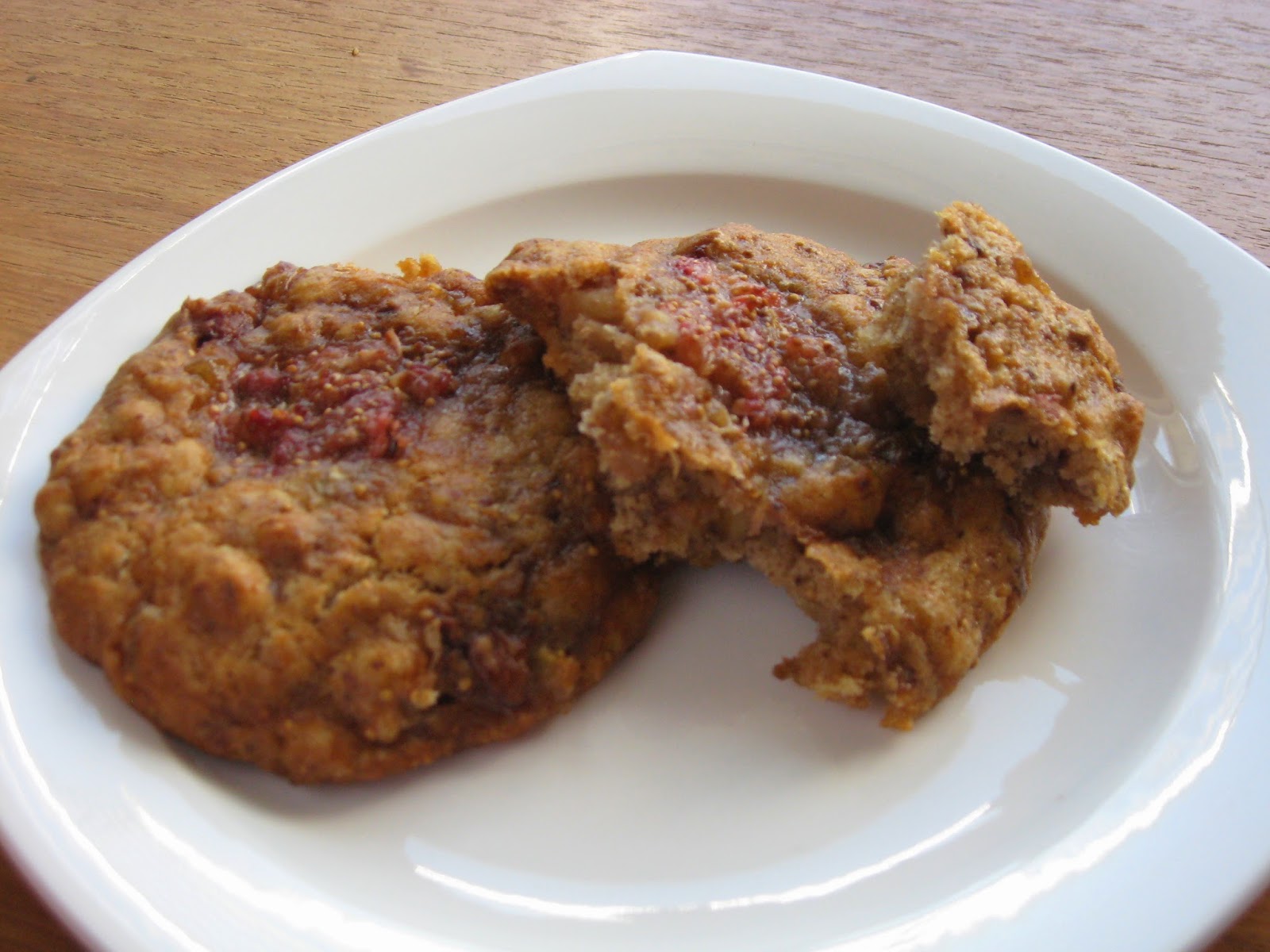 Posted by Melanie Spiller at 8:27 AM No comments: Links to this post 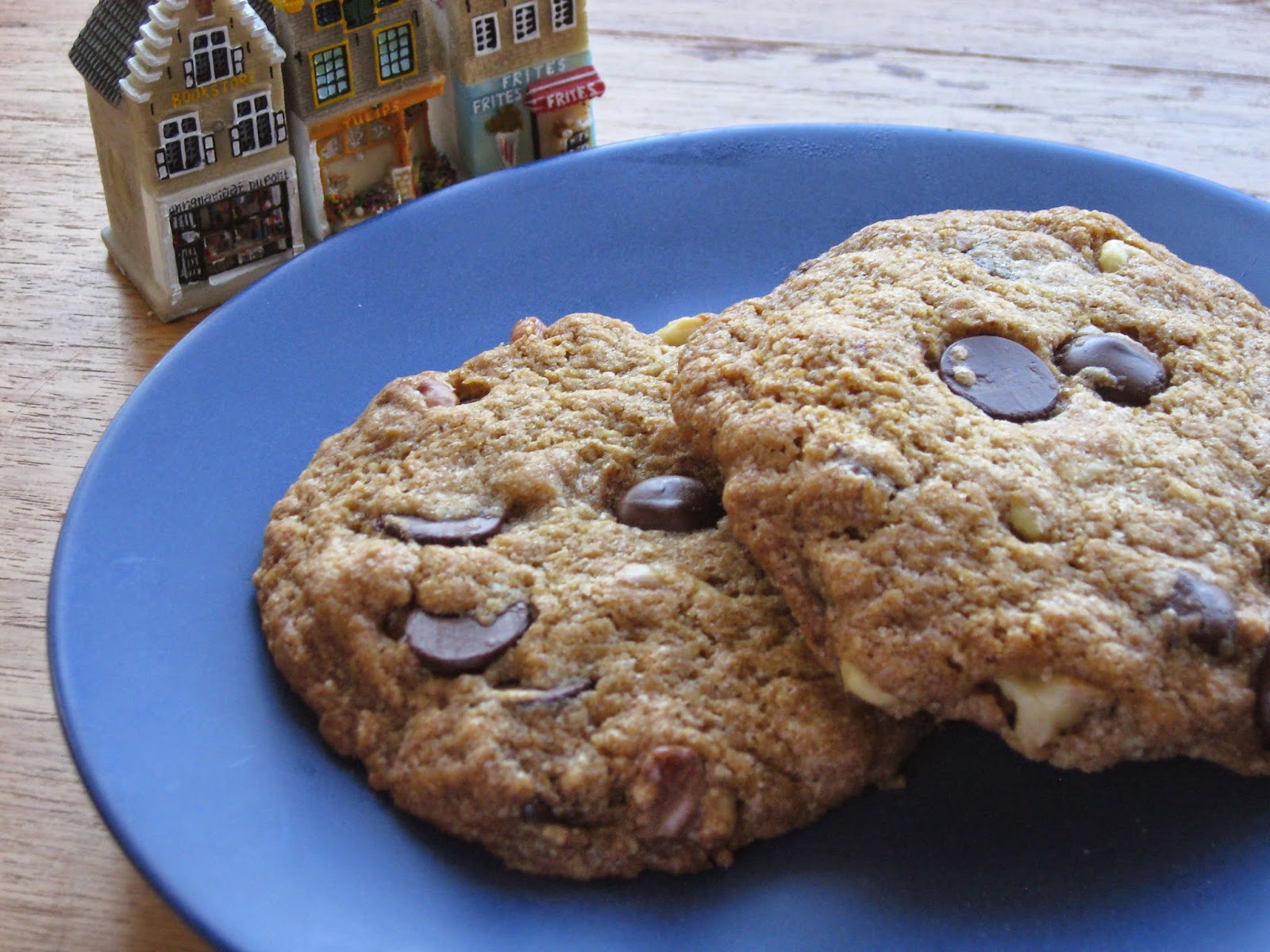 I get home from rehearsal late at night, tired but wired, and want a little nosh to soothe me into restfulness, enough that I might sleep. A cookie would do it. But I don't have any cookies, and I certainly don't want to make a whole batch so that I can have one or two. That's how these recipes were born. I've been cooking for one for a long time now, and there was't any reason why dessert shouldn't be part of it!


This recipe kicks off a whole week of cookies. You shouldn't have to do without homemade cookies just because you only want one! (Or two.)


Preheat the oven to 350°. Grease a cookie sheet or a small piece of aluminum foil. Or bravely use parchment paper.

Oh, and the best part? Because they're vegan, you can eat the raw cookie dough! 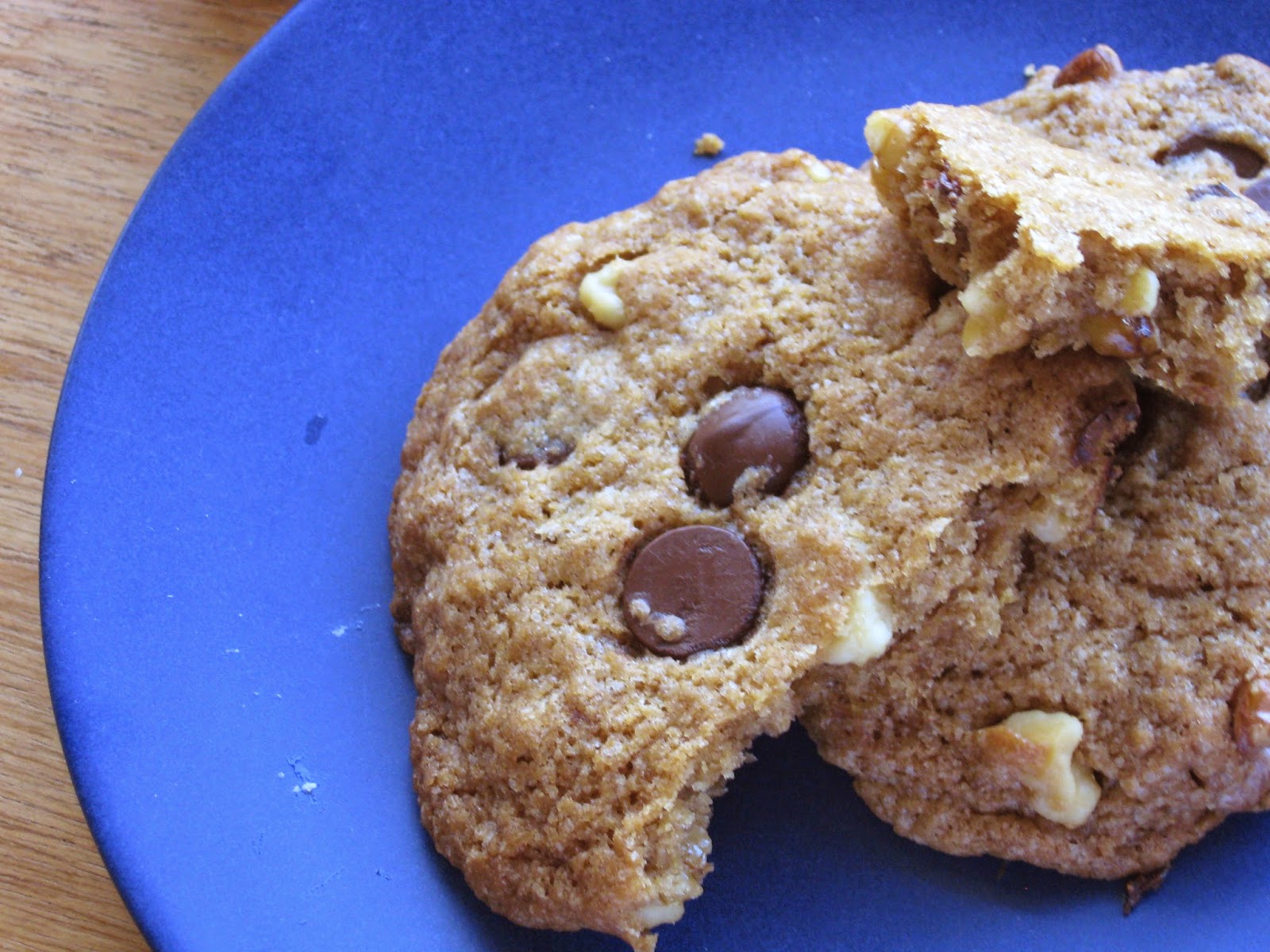 Posted by Melanie Spiller at 9:15 AM No comments: Links to this post

Garlic Buns for One 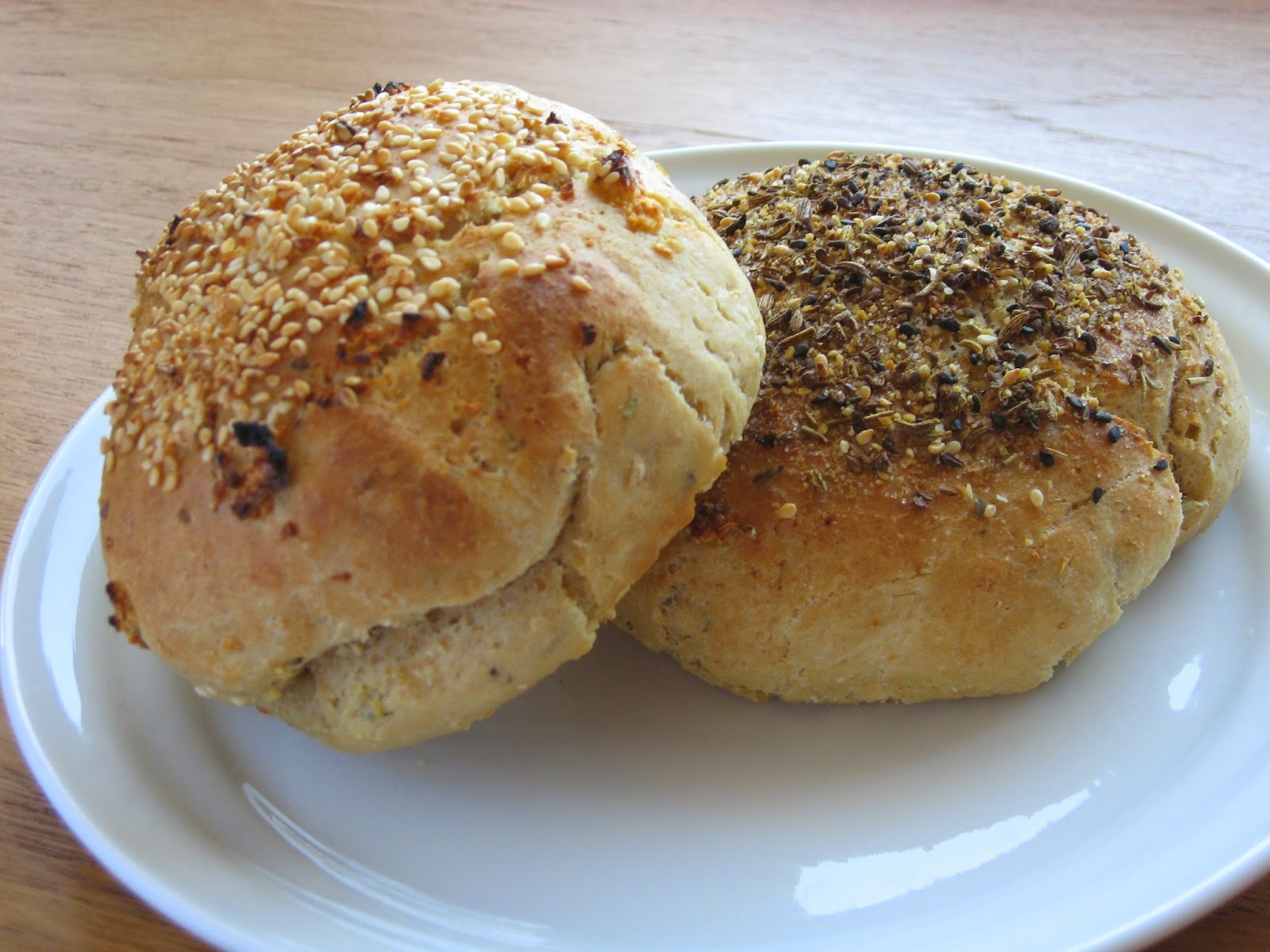 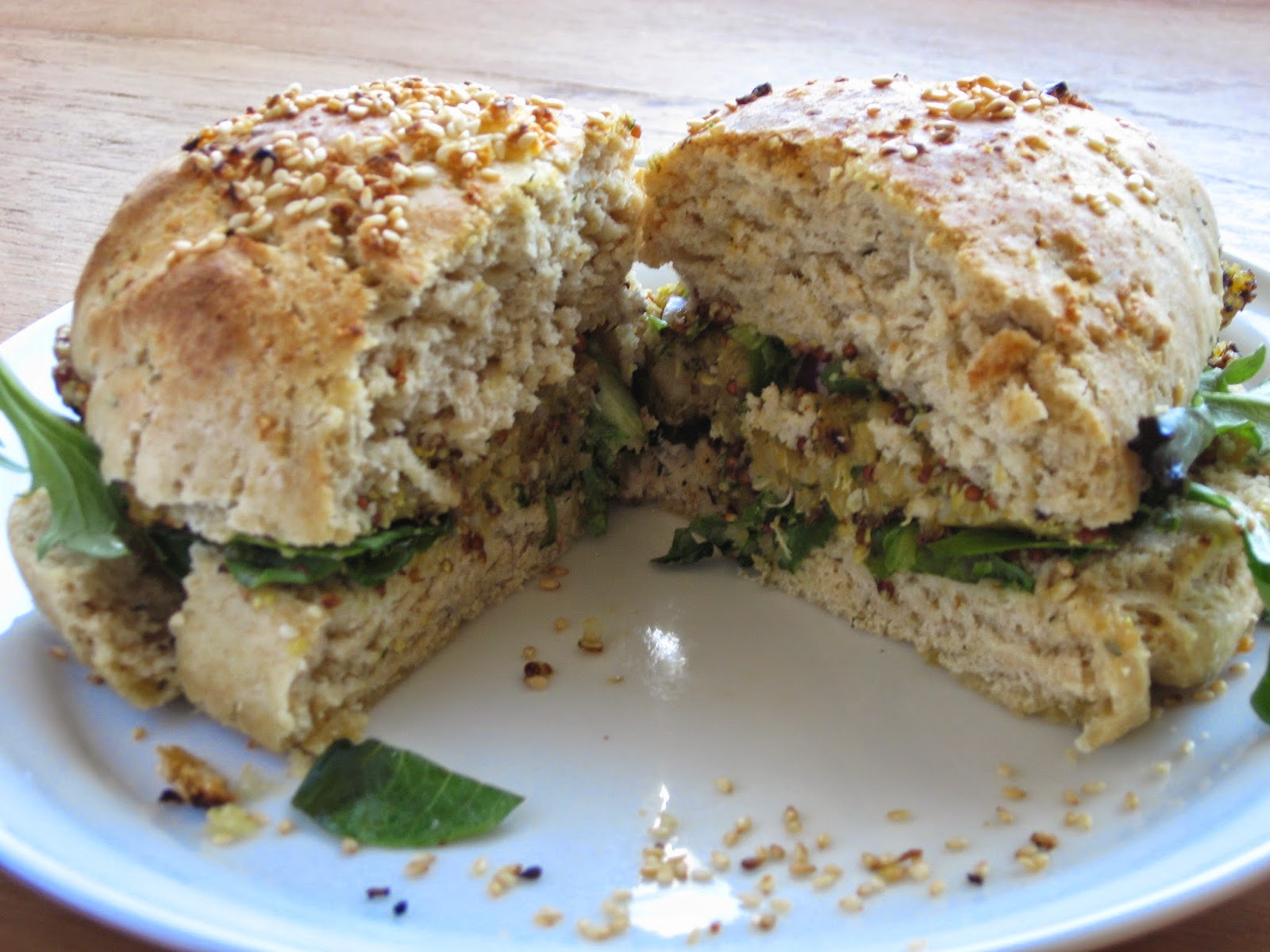 Seen here with the Sweet Potato, Chickpea, and Quinoa Burger for One.


Tra-la-la and a fiddle dee dee.

After the dough has risen, preheat oven to 475 degrees Fahrenheit.
Line a baking sheet with parchment paper.

a)     Make some lemon zest, perhaps a teaspoon’s worth.
b)    Get out the vegan mozzarella cheese. Maybe combine it with some dried herbs.
c)     Combine fennel seeds, sesame seeds, dill seeds, caraway seeds, salt, and poppy seeds in roughly equal parts. You won’t need much, so these measurements should be pinches.
d)    Do your own thing.

Let them cool as long as you can bear it. They’ll probably still be hot. They’re that good. You won’t be able to wait! 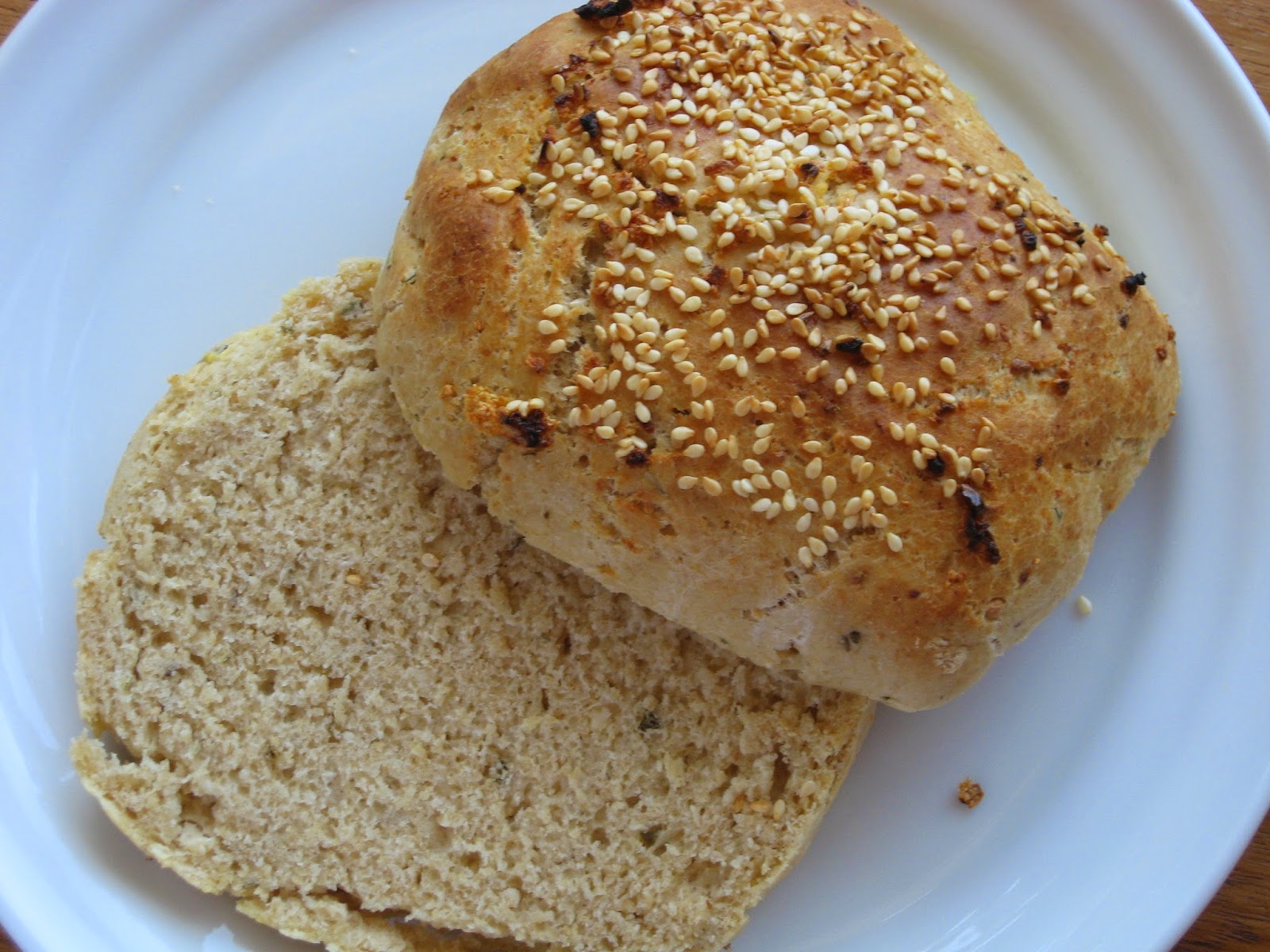 These little breads taste great as an accompaniment to breakfast, as a sandwich surrounding, or you could make them smaller and serve them as dinner rolls and save one or two for the morning to have with your tofu scramble.
Posted by Melanie Spiller at 7:57 AM No comments: Links to this post

Fig Einsteins for One

You know what a Fig Newton is, right? (It's a  delicious cookie with a cake wrapper and gooey fig filling.) They're fun to make. They use dried figs, and when it's not fig season I'll give you a nice recipe for those. But it IS fig season, so I created Fig Einsteins, Newton's younger, fresher relative. You'll want a lot of these, so this recipe makes four cookies. 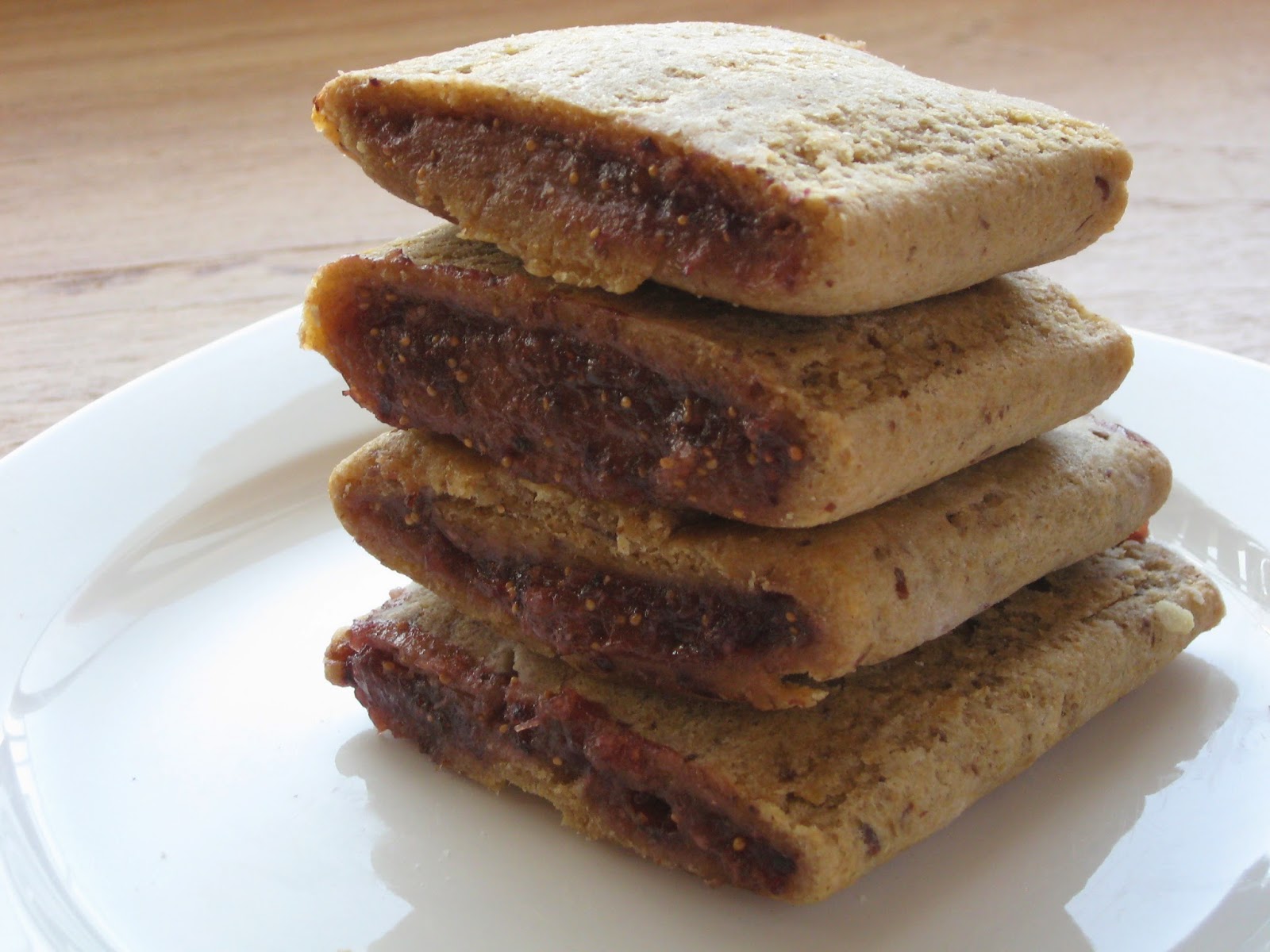 For the Filling:
5 fresh figs (I used Black Mission, but Brown Turkey will do nicely, too)
½ teaspoon maple syrup (or agave nectar)
water 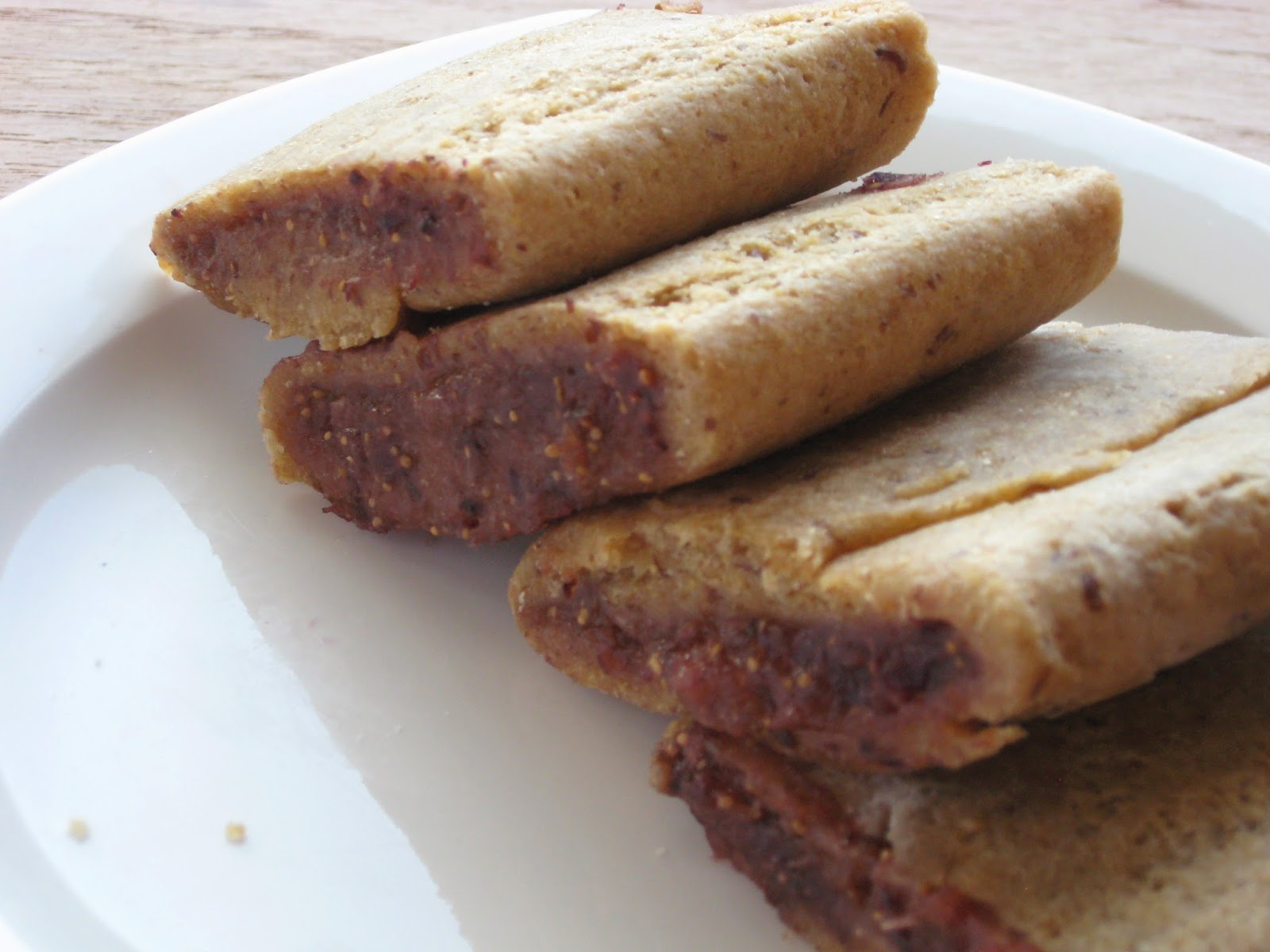 Preheat oven to 350 degrees Fahrenheit. Line a baking sheet with parchment paper.  Put the parchment, once you've sized it for the pan, on your work surface and lightly flour it. 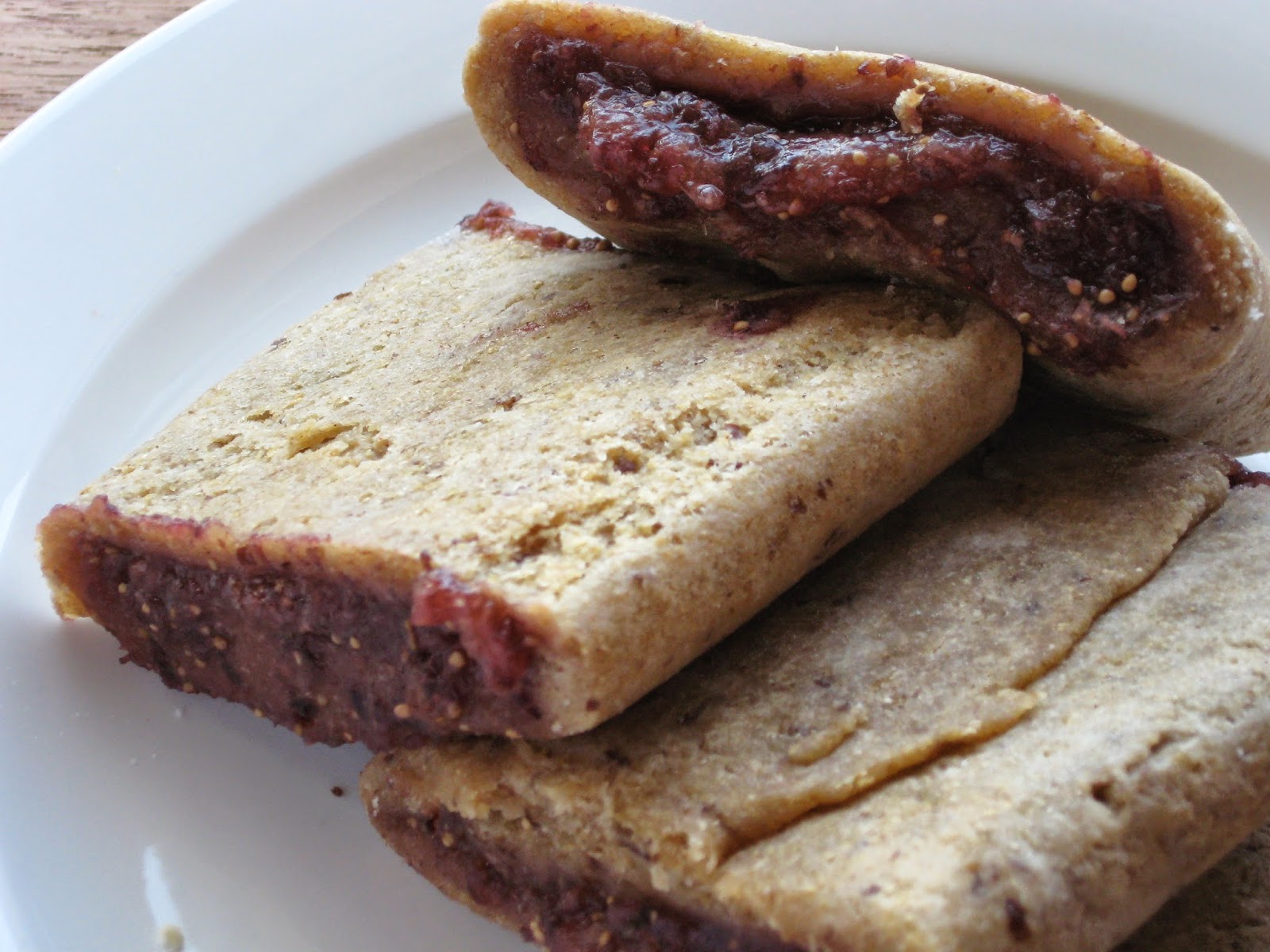 Posted by Melanie Spiller at 8:44 AM No comments: Links to this post

Sweet Potatoes with Tofu and Kale for One 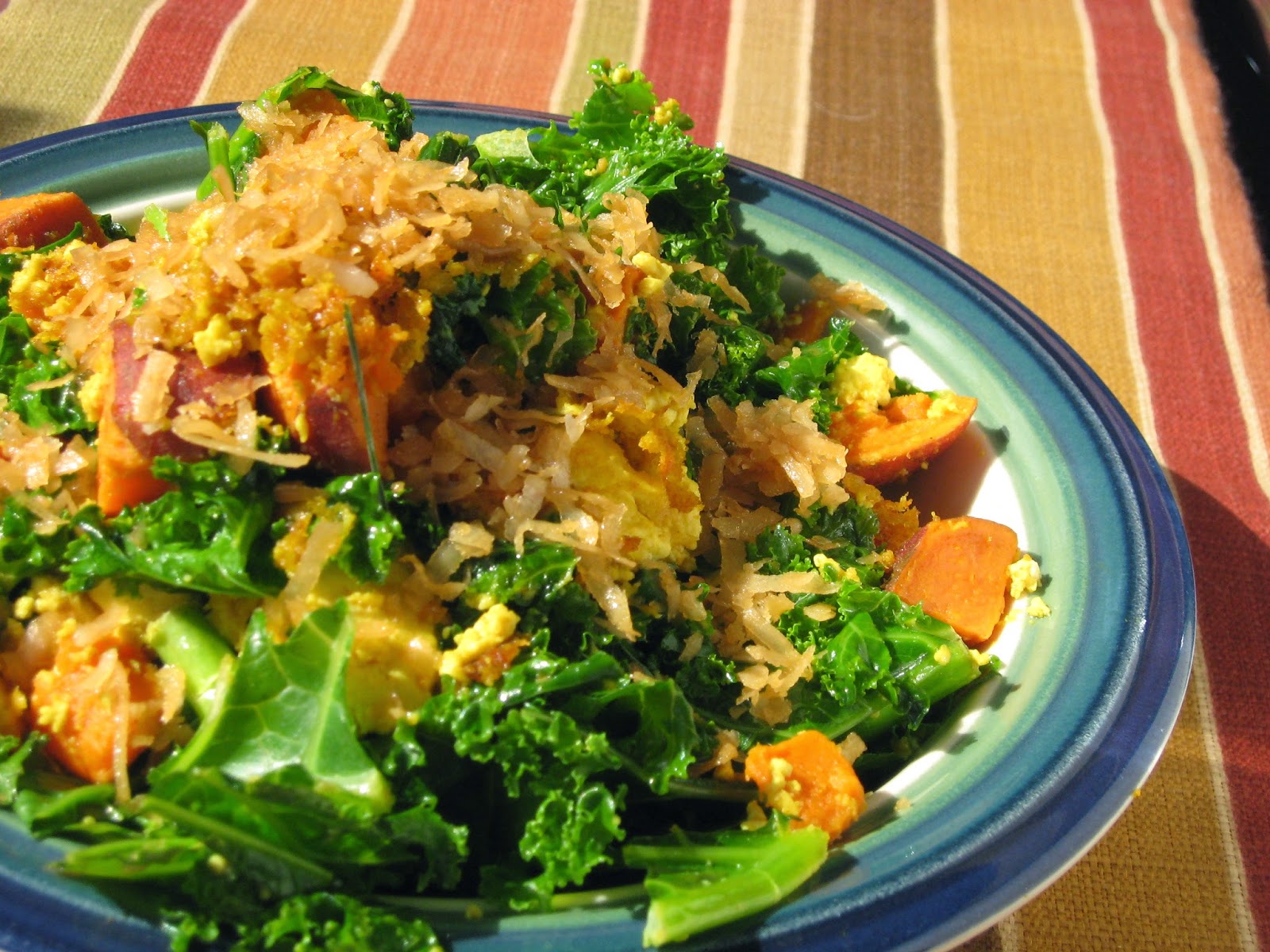 It’s autumn, or so the calendar says. I love the colors of this dish, and I can’t decide whether to eat it for breakfast or dinner. It does just fine in both roles.

1.     Place the sweet potato cubes in a large skillet and cover them with water. Bring it to a boil, then reduce the heat to medium and simmer for 3-5 minutes. Pour out all the water, leaving (or returning) the sweet potatoes to the pan.
2.     Add the olive oil and the onions to the sweet potatoes. Sauté on medium-high heat for 7 minutes, stirring occasionally. The onions should be wilted and the sweet potato should be soft enough for your stirring device to cut it without much pressure.
3.     Meanwhile, in a small bowl, combine the crumbled tofu, cumin, salt, turmeric, and diced garlic.
4.     Add the tofu to the pan with the softened onion and sweet potato and cook for 5 or so minutes on medium heat, stirring frequently.
5.     Add the kale, cover the skillet with a lid, and allow the whole mishegas to steam for a few minutes or until the kale is tender. Probably two or three minutes.
6.     Add salt and pepper to taste, and top with Smoky Coconut (recipe follows), if desired.

This recipe is also excellent when done with butternut squash cubes instead of sweet potatoes. I love the autumn colors, don’t you? 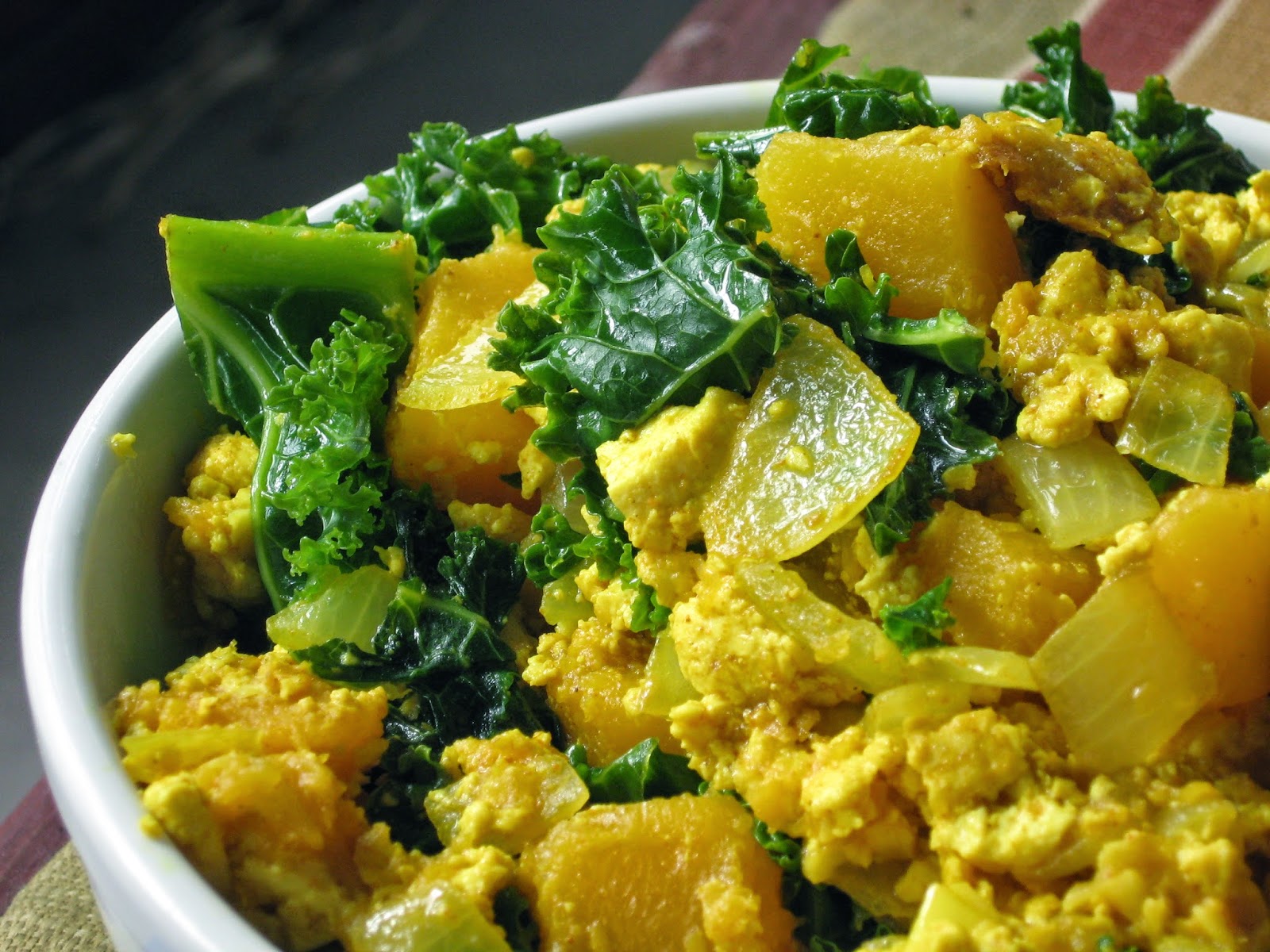 This recipe makes WAY more than a single serving, about a cup’s worth. You’ll find yourself putting it on a lot of things though, and it can last several weeks unrefrigerated (in a tightly sealed container) without losing its crunch.
1 TBLSP liquid smoke
½ TBLSP tamari or soy sauce
½ TBLSP maple syrup
½ TBLSP water
1 ½ cup flaked coconut

Use for topping salads, main courses, and in sandwiches. It also eats pretty good right out of the bag. 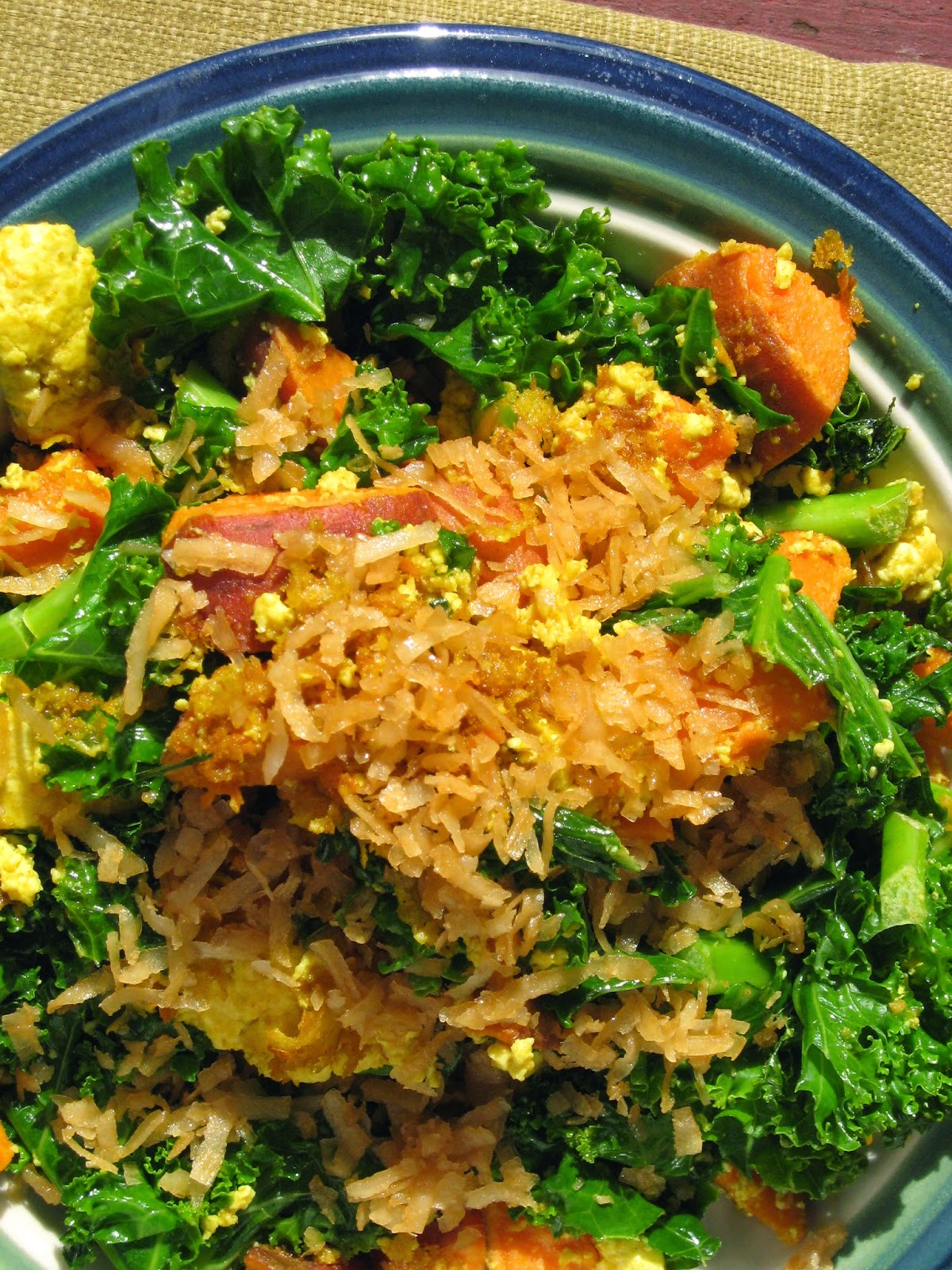 Posted by Melanie Spiller at 8:44 AM No comments: Links to this post