White Chocolate Cake with Apricots for One 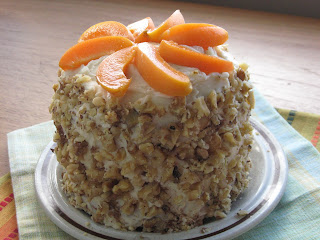 Are you in the mood for something fabulous? Well hold onto your girdle, Mabel, because this cake will knock off more than just your socks!

Make the Cake:
Preheat the oven to 350 degrees Fahrenheit. Spray two single-serving cake pans with baking spray or line with parchment and spray (preferred). My baking pans are really two casserole-for-one-sized pans, about 5-inches across.
Make the Frosting:


Assemble the Cake:
I like to do this on a plate resting on top of an overturned mug so it’s at a more comfortable height. 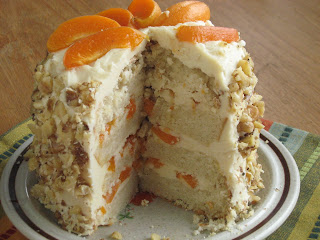 You might want to share this one with friends—It’s not large in diameter, but it’s super rich and it’s HUGE! 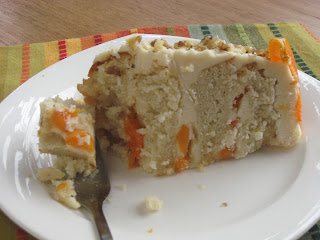