Brown Rice Congee (Jook) for One 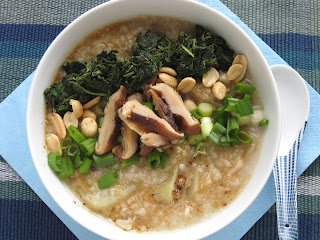 The first time I had this satisfying and filling breakfast, it was as a late night snack in a San Francisco restaurant. I had it again when I was hiking in China, and that’s where I became a real fan. The nice thing about this savory meal is that it’s never the same twice, and you can make a big batch to reheat and eat all week, if time is a problem. 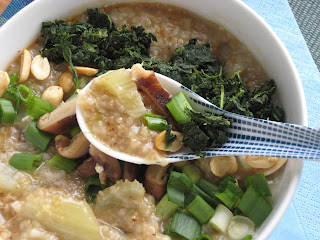 Posted by Melanie Spiller at 10:42 AM