Rice Pudding for One 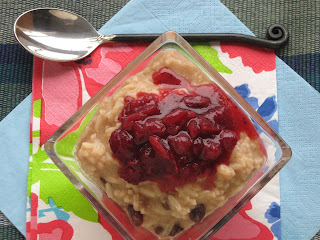 I don’t often make too much rice, but this is a great way to use it up, should there be any lingering around in the refrigerator. It’s also an excellent excuse for making too much rice.
½ cup vegan milk (I like almond, but any would do)
½ TBLSP agave or maple syrup
½ cup cooked rice (white or brown)
Dash of cinnamon
Slosh of vanilla extract
1 TBLSP raisins or other dried fruit
Cranberry sauce or jam to top


Serve hot, topped with cranberry sauce or jam, or just a bit more cinnamon, whatever pleases you. 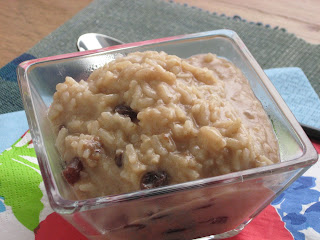 Posted by Melanie Spiller at 9:45 AM