Buttermilk Biscuits for One 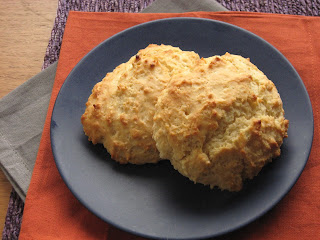 These little charmers are surprisingly delicious and fluffy. I used ‘em to make a sandwich (wasabi-ginger coleslaw—recipe coming soon—roasted asparagus, and melted vegan mozzarella), but they’d be great slathered in vegan butter or doused in some mushroom gravy too! (Makes two biscuits.)

Eat as soon as they’re cool enough to handle. They taste nice when they’re cold too, but you’ll have a dreadful time waiting that long. 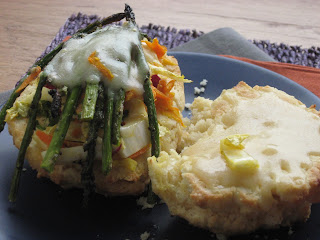 Posted by Melanie Spiller at 10:40 AM