Zucchini Bhaji (Fritters) for One 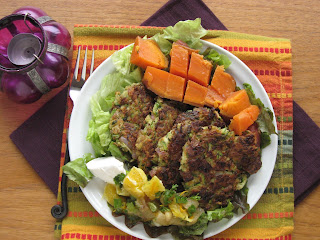 I like these fritters on top of a salad, but they’d be excellent on a bun with salad-y accouterments, or perhaps with with some naan and soup. 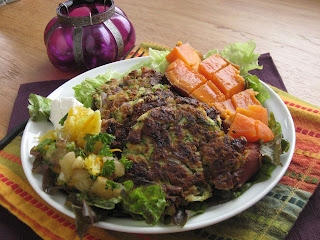 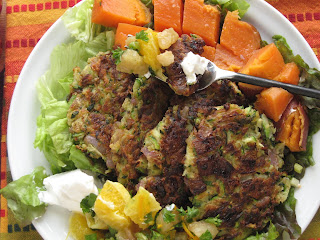